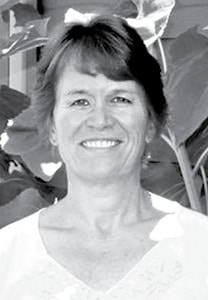 Mrs. Hierholzer was born in Pinckneyville on December 11, 1966, the daughter of Leo and LaVerne (Konkel) Holtz. Her mother passed away when she was young and her father later married Mary Toennies. Gail was united in marriage to Mark Hierholzer on December 24, 1994 and he survives her passing.

Mass of Christian Burial was celebrated at St. Michael Catholic Church in Radom on Monday, January 5 with Fr. Dale Maxfield officiating and with interment in the church cemetery.

Military graveside rites will be accorded by American Legion Post 110.

Should friends desire mass offerings or memorials to Micah and Noah Hierholzer Education Fund can be made and will be accepted by the Campagna Funeral Home.