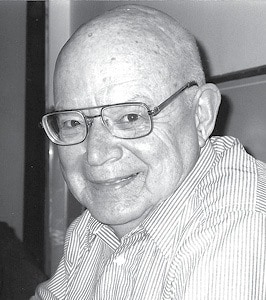 John was born Thursday, March 29, 1928 in Isola, Miss., a son to Johnnie Oliver Powell and Mabel (Ramsey) Powell. He married Leilla M. Medder on May 6, 2000 at First Bapitst Church in Nashville, and she survives his passing.

Mr. Powell served on active duty with the U.S. Army and retired from the Army after serving 20 years active and active reserve duty, retiring as a Master Sergeant with the 85th Div. in Arlington Heights as assistant to the Inspector General. He served as Director of Franklin-Jefferson Counties Special Education District Director from 1970-80 and was Director of the Winnebago County Special Education Cooperative from 1980-89. He had been active in the Good Samaritan Hospital Auxiliary in Mt. Vernon, Boy Scouts of America as a Scoutmaster, District Commissioner, Black Gold District Chairman, Okaw Valley Council, Rotary Club, Lions Club, Jefferson County Comprehensive Service and Midland Area Aging Council. He was a member of Retired Teachers Association of Illinois and was a member of First Baptist Church of Nashville. He had traveled extensively with Elderhostel groups. His activities included U.S. Army Reserve (Retired, MSGT), was former trustee/secretary, vice-chairman of Rock Valley College, Rotary Club member, was a former chairman of the Northeast Winnebago County Economic Development Planning Commission and was minority career counselor at the U.S. Military Academy in West Point.

His parents; one son, Johnny Alan Powell; and one sister, Lou Ella Lowery preceded him in death.

For those who wish, memorials may be given to the Special Olympics of Jefferson County or to Alzheimer’s Association and will be accepted at the funeral home or mailed to Hughey Funeral Home, P.O. Box 721, Mount Vernon, Illinois 62864.

Arrangements have been entrusted to the care of Hughey Funeral Home. Call (618) 242-3348 or visit www.hugheyfh.com for further information and to send condolences.