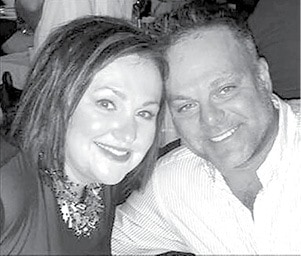 Mr. Marty Gutzler of Nashville, along with his wife Kimberly and daughter Piper, departed this life on Friday, January 2, 2015 at 6:15 p.m. due to an aviation accident near Eddyville, Ky. He had attained the age of 48 years, one month and 20 days.

Marty was a 1984 graduate of Nashville Community High School and a 1988 graduate of Southern Illinois University Carbondale. He owned and operated the Gutzler Furniture Store in Nashville and was a member of the Trinity Lutheran Church. Marty loved flying, boating and spending time with his family.

In addition to his wife and daughter, he was preceded in death by his mother, Betty Gutzler; grandparents, Budsie and Lavita Gutzler and Eldor Haake; and his sister, Jennifer Gutzler.

Private funeral services for family and close friends will be held at the Trinity Lutheran Church in Nashville on Friday, January 9, at 11 a.m. with Pastor Matthew Wietfeldt officiating. After the service cremation will be performed and interment of ashes will be at a later date.