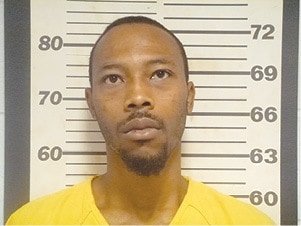 Martez Sample, 22, of St. Louis, Mo., a suspect in a multiple vehicle theft from Hozhauer’s committed on October 21, 2014, plead guilty to aggravated possession of stolen vehicles including two 2014 Dodge Challenger RTs, one 2014 Ford Fusion, and one 2014 Ford Mustang, a Class 1 Felony, at an April 14 court date.

Sample was sentenced to six years incarceration with the Department of Corrections, with credit for 177 days of time served. Fines and costs totaling $1,500 were assessed. The state has 30 days leave to submit a restitution amount.

Sample was arrested after being found by authorities hiding in the back of a vehicle at another auto dealer’s lot in O’Fallon after the vehicle he allegedly stole, one of the two Dodge Challenger RTs, ran out of gas after it was used to flee from police for nearly 50 miles on Interstate 64.