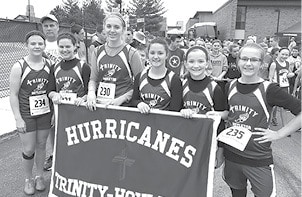 Trinity Hoyleton competed at the Illinois Lutheran State Track Championships at Concordia University Chicago on May 16-17. Six members of the Hoyleton team advanced to the State Meet which encompasses entries from Lutheran schools throughout the entire state.