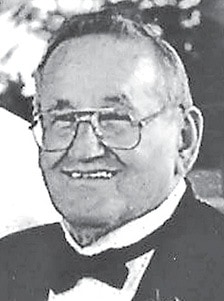 Mr. Stephen Klich Sr. of Nashville departed this life at Friendship Manor Healthcare Center in Nashville on Tuesday, May 26, 2015 at 8:45 p.m. He had attained the age of 85 years and 23 days.

Stephen worked at Mt. Hope Cemetery in Belleville for over 40 years and he was a member of St. Michael Catholic Church in Radom.

According to the wishes of Mr. Klich cremation was performed and a memorial Mass was held at the St. Ann Catholic Church in Nashville on Friday, May 29 with Fr. Andy Knopik officiating.

Should friends desire memorial contributions may be made to the Family of Stephen Klich, Sr. and will be accepted at the Campagna Funeral Home in Nashville, in charge of arrangements.