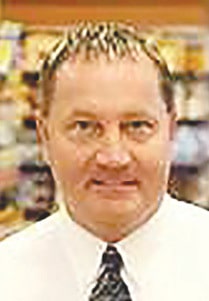 Brian began his career at Kroger in Nashville, in 1979 as a bagger, later became a clerk; in 1982 he was promoted to Grocery Manager. He entered the Management Training Program in 1997, and served as a Co-manager in several locations; and also held various roles on the District Staff including Front End CSR, Deli-Bakery & Produce/Floral Coordinator. He was honored to manage his hometown store in Nashville, IL for nearly 11 years. In 2014 he was promoted to Store Manager in Murphysboro.

Brian enjoys outdoor projects, vacations to Florida, is a musician at his church, an Eagle Scout and a member of the Nashville Chamber of Commerce.