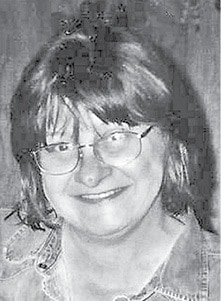 Mrs. Pranga was born on September 16, 1954 in Centralia, the daughter of Paul and Silvia (Bonner) Gibson. She was united in marriage to Joe Pranga on November 26, 2005 and he survives her passing.

Barbara was a homemaker and was of the Baptist faith. She enjoyed quilting, sewing and spending time with her family.

She was preceded in death by her parents and son, Joey Adams.

Funeral services was held at Campagna Funeral Home in Ashley, on Saturday, July 18, 2015 at 10 a.m. with Pastors Jonathan Schnautz and John Klockenga officiating and with interment at the Ashley City Cemetery in Ashley.

Should friends desire, memorials may be made to the Family of Barbara Pranga and will be accepted by the Campagna Funeral Home.