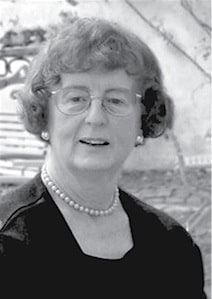 Claire Hammer Huck, 80, died Saturday evening, August 29, after a nearly 13-year struggle with Alzheimer’s. Funeral services were held Sunday, September 6, 2015 at the Unitarian Universalist Church of Urbana-Champaign. Graveside services will be held at North Prairie Cemetery in rural Hoyleton, IL on Wednesday, September 9, 2015 at 2 P.M. with Rev. Bill Bunnage officiating. Those wishing to attend the graveside service are asked to go directly to the cemetery.

Mrs. Huck was born as Claire Elizabeth Hammer on June 5, 1935, to J. Stephen and Edna Mercer Hammer in Detroit. She grew up in Dearborn and attended the University of Michigan in Ann Arbor, from which she earned a bachelor’s degree and a Master of Fine Arts After working in the field of art education in public schools in the Detroit area and at Drake University, she became an instructor at Michigan State University in East Lansing in 1963. Here she met her husband Morris, whom she married on September 10, 1966 at Kirk in the Hills in Bloomfield Township, Michigan.

The newlywed couple moved to Auburn, Alabama, in 1967, where Morris worked as an agricultural researcher for the USDA. Together with their son, Brian, born in 1969, they relocated to Champaign in 1985.

Mrs. Huck was active in several community organizations, including particularly the League of Women Voters, both in Auburn and Champaign. She used her artistic skills to help produce newsletters and other publications until the onset of her illness. She was a volunteer docent at Krannert Art Museum and a fervent supporter of public libraries for decades.

An avid and adventurous traveler both before and after her marriage, she visited six continents and recorded her impressions in exhibit-quality photographs. Her travels included visits as a solo traveler to Turkey in the early 1960s, a trip with her husband to the Soviet Union and Iran in the mid 1970s, and residential stays of several months with her family in the 1970s in Wageningen (Netherlands) and Kuala Lumpur.

In lieu of other expressions of sympathy, donations may be made to the Champaign Public Library and will be accepted by the Campagna Funeral Home, in charge of arrangements.