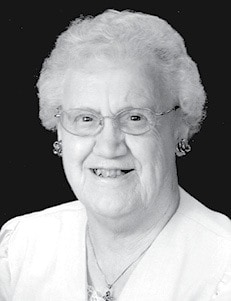 Vera D. Luessenheide 91 of Hoyleton, passed away at 5:10 p.m. on Tuesday, September 08, 2015 at Friendship Manor Health Center in Nashville.

Vera was a member of the Zion United Church of Christ in Hoyleton where she was active in the women’s guild. She was also a member of the Washington County Home Extension and American Legion Auxiliary. She enjoyed sewing and playing the organ and piano.

Funeral services were held on Friday, September 11, 2015 at the Styninger Funeral Home in Nashville with Rev. William Bunnage officiating. Memorial contributions may be made to the Zion United Church of Christ in Hoyleton. Online expressions of sympathy may be made at www.styningerfuneralhomes.com.