Olivia Taft, ABOVE, 8, an Oakdale School third-grader won the best in show award at the costume contest of the Nashville Lions Club and Community Center Annual Halloween Parade and Carnival, held Sunday afternoon at the Nashville Community Center. BELOW: All the contestants for the “Best In Show” prize in the Lions Club and Community Center Costume Contest, held on Sunday afternoon, October 25. Categories included Classic Halloween, Superheroes, Scary Halloween, Animals, People, Disney,
Pixar, Fairytales, Groups, and Miscellaneous. LEFT,
Emily Harper, 5, a Nashville Primary School kindergarten student won a special prize from the Lions Club for donating glasses at the event. The Carnival kicked off with a parade around the community center, led by a firetruck, and also included carnival games, free popcorn, prizes for the costume contest participants, and for the first time this year, a Trunk or Treat in the Community Center parking lot. More than 100 kids attended the event, and organizers hope for even more next year. 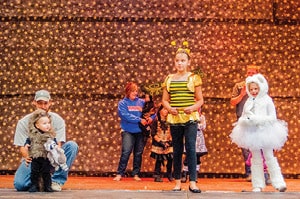 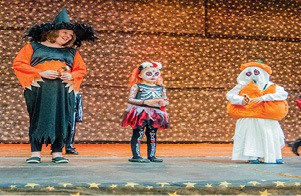 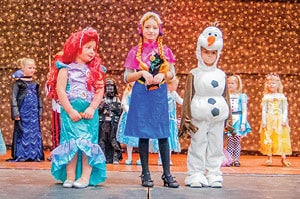 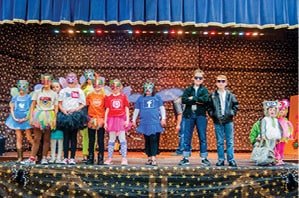 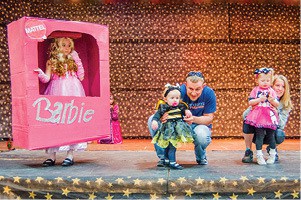 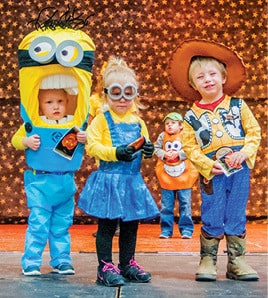 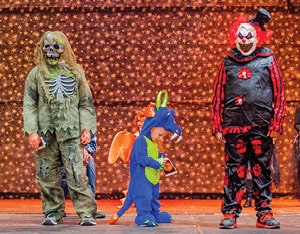 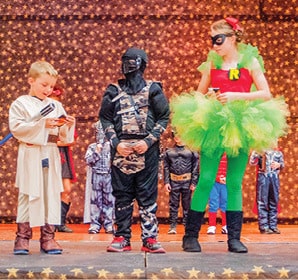