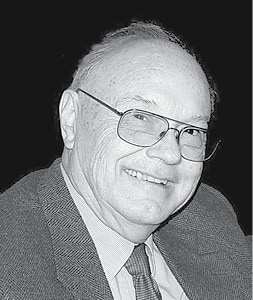 Mr. Houser retired as a department manager for Sears, Roebuck, and Co. He attended Garden Heights Baptist Church in Belleville for many years. Lee was a member of the Belleville News-Democrat Advisory Board and an avid supporter of the Belleville East High School Band Program. He served his country in the U.S. Army Reserves for 29 years.

Lee was preceded in death by his parents, Harold F. and Viola K., nee Sensel, Houser.

Lee is survived by cousins. He will be missed by the many relatives and friends he leaves. He has gone home to be with the Lord, who we are sure is saying, “Well done, thy good and faithful servant.”

Memorials may be made to Charis Baptist Church. Condolences may be expressed online at www.rennerfh.com.