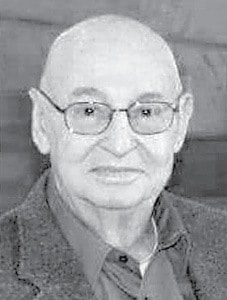 Mr. Merle P. Schuessler of Nashville, departed this life at Belleville Memorial Hospital in Belleville, on Tuesday, May 10, 2016 at 5:08 A.M. He had attained the age of 77 years, 5 months and 24 days.

Mr. Schuessler was born on November 16, 1938 in Belleville, the son of Edwin and Pauline (Juenger) Schuessler. He was united in marriage to Barbara Carman on January 26, 1957 and she survives his passing.

Merle was a lifelong farmer and was a member of the Trinity United Church of Christ in Biddleborn, and the United Mine Workers. He enjoyed watching his grandchildren’s sporting events and driving to look at the crops and reporting to his family.

He was preceded in death by his parents, two brothers, Stanley and Curtis Schuessler and one sister, Jane Hoelscher.

Funeral services were held at the Trinity United Church of Christ in Biddleborn, on Tuesday, May 17, 2016 with Pastor Nancy Shubert officiating and with interment in the church cemetery.