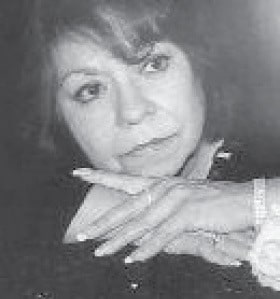 Caroline M. Flanagan, 69, of Jacksonville passed away Friday morning, June 3, 2016 at Memorial Medical Center in Springfield. She was born January 31, 1947 in Oxnard, CA the daughter of Talmer B. and Dolores Salas Smith.

She is survived by one son, Shannon (wife, Morgan) Clay of Jacksonville; her mother, Dolores Smith of Oxnard, CA; three grandchildren, Joshua Clay of North Carolina, and Allyson and Britton Clay both of Jacksonville; one sister, Angela Smith of Oxnard, CA; one brother, Ralph Saldana of Ventura, CA and several nieces and nephews. She was preceded in death by her father and one brother, Ray Grajeda.

Caroline worked in production in an auto plant and as a restaurant manager. She attended the Church of Our Saviour in Jacksonville. She enjoyed spending time with her grandchildren, Facebooking, playing Bejeweled, fishing, camping and collecting angels.

A memorial visitation was held from 5:00-7:00 p.m. on Tuesday, June 7, 2016 at Williamson Funeral Home in Jacksonville with entombment at a later date at Ivy Lawn Cemetery in Ventura, CA. Memorials are suggested to the Mia Ware Foundation . Condolences may be left online at www.airsman-hires.com.