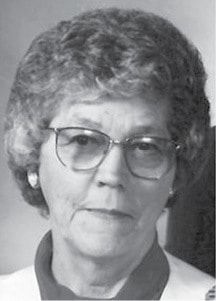 Along with her husband Henry, they raised and nurtured a family, ran a farm, and also remained active in the community. Her legacy will live on in her children and descendants.

Memorials may be made to St. Liborius Cemetery Fund or to the donor’s choice. Condolences can be sent to the family by visiting mollfuneralhome.com.