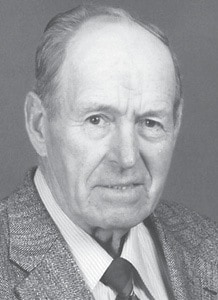 Mr. Stanley S. Pierjok of Ashley, IL departed this life at the Washington County Hospital Extended Care in Nashville, IL on Saturday July 16, 2016 at 11:40 A.M. He had attained the age of 99 years, and 3 months.

Mr. Pierjok was born on April 16, 1917, at Ashley, the son of Michael and Frances (Paszkiewicz) Pierjok. Stanley was brought up in the St. Michael Catholic Church in Radom, IL and has been a member of the St. Ann Catholic Church in Nashville for many years.

Stanley was a life-long farmer and worked on the farm until retiring at the age of 86. He was an active outdoorsman and enjoyed hunting and fishing, and he was an avid fan of the St. Louis Cardinals.

Mass of Christian Burial will be celebrated at the St. Michael Catholic Church in Radom on Wednesday, July 20, 2016 at 10 AM with Stanley’s godson, Fr. Harry Pierjok and Fr. Oliver Nwachukwu officiating. Interment will be in the St. Ann Old Cemetery in Nashville.

Should friends desire, mass offerings or memorial contributions may be made to the St. Ann Lobby/Restroom Renovation Fund and will be accepted by the Campagna Funeral Home.