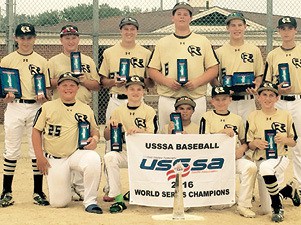 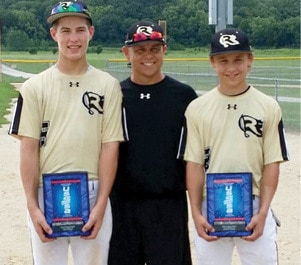 Washington County Raiders 13U baseball team finished 47-13 this season. June 24-26 the Raiders won the Illinois USSSA AA State Championship with a perfect 7-0 record, finishing atop the 24 team event. They then earned a berth July 8-12 to the Midwest USSSA AA World Series in Kansas City to compete as one of 32 teams from several states.

The Raiders went 7-0 to become World Series Champions!!! With both titles the Raiders are now the #1 ranked AA team in Illinois and the Nation. USSSA is broken into 3 classifications: A, AA, AAA. Two special honors were awarded to a couple of players at the World Series, Cole Malawy was named the tourneys Top Offensive Player, and Gavin Baldwin was the Most Valuable Player.