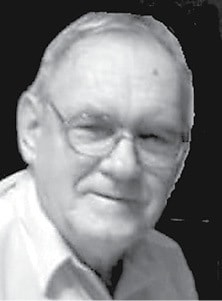 John S. Dreas, 76, died Friday evening July 22, 2016, at home. He was the son of the late Anthony and Agnes, nee Buretta, Dreas, and the husband of late Wilma Marciniak Dreas.

He was born October 31, 1939, in Mendota, and grew up in the Radom-Ashley area. He started school in the Locust Grove one room school then attended St. Michael’s boarding school for local farm children. He helped on the family farm and baled hay for neighbors. He graduated from Waltonville High School and Southern Illinois University. John valiantly served in the U.S. Army in Germany, then in Hecker, guarding missile sites during the cold war. He was a chemist working in the food industry. He then worked for the U.S. Department of Agriculture in St. Louis, as a meat inspector. John also spent time working on the railroad.

He was devoted to his parents, wife, stepchildren; Raymond and Sandra, his grandchildren; Valerie, Nicholas, Raymond Jr., Angela and Priscilla, his sister; Evelyn, brothers; Joseph, George and Jerome, and also nieces, nephews, cousins, neighbors and his buddies at the Caseyville VFW Hall.

He was a generous, kind and a holy man who loved to cook and share his baked goods with his family, friends, neighbors and coworkers. He mowed lawns, loved to garden and fed the stray cats in his neighborhood. John enjoyed the internet and loved to send comics and animal stories to his friends. He played the concertina and supported his church, he was God’s good and faithful servant.

Memorial contributions may be made to the Caseyville VFW, in form of a Mass to Holy Trinity Catholic Church, Fairview Heights or to St. Michael’s Elevator Fund and may be received at the funeral home. Condolences may be expressed to the family online at www.herrfuneral.com.