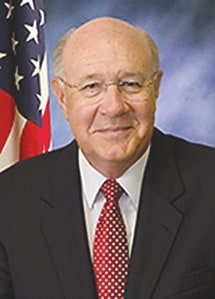 He has served as an educator, coach, mentor, and state lawmaker. Now, David Luechtefeld will add Grand Marshal of the Du Quoin State Fair Twilight Parade to his list of honorable mentions.

Luechtefeld announced last year he would retire from the Illinois Senate at the end of his term. Senator Luechtefeld has served in the State Senate since 1995 representing the southern Illinois counties of St. Clair, Monroe, Washington, Randolph, Union and Jackson counties. He is a member of the Senate education and Senate agriculture committee, and serves as Assistant Minority Leader of the Senate, a role he has held since 2003.

“The Du Quoin State Fair is tradition in southern Illinois,” said Senator Luechtefeld. “I have been a strong supporter of the fair and will continue to be even after my days in the legislature.”