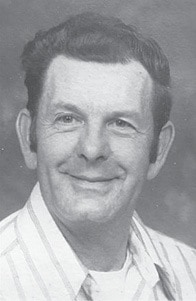 Mr. Rynski was born on September 6, 1924 in Jefferson County, IL the son of Leo and Theresa (Czajkowski) Rynski. He was united in marriage to Patsy Voyles on March 16, 1968 at Mt. Vernon, IL and she survives his passing.

Eugene was a lifelong farmer and member of the Farm Bureau. He was also a past pastor at the Mt. Zion Baptist Church in Ashley. Eugene loved polka music and spending time with his family.

Left to mourn his passing is his wife Patsy Rynski of Ashley; son, Andrew Rynski and wife Lisa of Ashley; daughter, Theresa Payne and husband David of Ashley; four grandchildren, Josh and Katelynn Rynski and DJ and Trey Payne; other relatives and friends.

He was preceded in death by his parents and a brother in infancy.

Funeral services were held at the Campagna Funeral Home in Ashley, IL on Thursday, September 1, 2016 at 11 AM with Pastor Tim Reynolds officiating and interment to followed in the Mt Zion Cemetery in Ashley.

Should friends desire, memorials may be made to the Mt. Zion Cemetery and will be accepted by the Campagna Funeral Home.