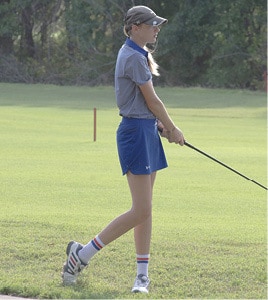 The Nashville Hornettes girls golf team's depth has been key this season, as multiple players have led Nashville in their matches. Overall this season, the Hornettes have finished out of the top spot just once, when O'Fallon topped them in the Mascoutah Invitational. The Hornettes are led by seniors Sara and Jill Guetersloh, as well as juniors Hope Rueter, Rachael Kell, Brooke Bartling, Jordan Stiegman in the regular starting linuep. This week, the Hornettes got contributions from athletes, not generally in the starting lineup as they competed in Breese and Anna-Jonesboro.