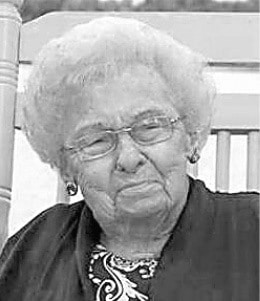 She was born on May 18, 1920 in Clinton, to the late Alberta and Wesley Fletcher.

Irene was formerly employed with Hollywood Candy Factory. She loved the St. Louis Cardinals and was one of their biggest fans but her greatest love was her grandchildren and great-grandchildren. Irene was a member of Ashley Baptist Church in Ashley.

In addition to her parents she was preceded in death by her husband, Harold Clark Schubach; brother, Harold Fletcher; sisters, Alene Spinner and Levoice Fletcher; and her step-father, John Reed.

The funeral service was held on Tuesday, September 13, 2016 at Campagna Funeral Home in Ashley, with Rev. Ken Jayne officiating. Burial was at Ashley City Cemetery.

Should friends desire, memorials may be made to a charity of the donor’s choice and will be accepted by the Campagna Funeral Home.