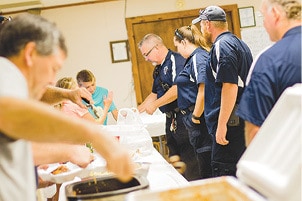 The Nashville Firemens Association held their annual barbecue chicken dinner on Sunday, September 11, an important and solemn anniversary for many Americans, but particularly firemen and their brethren first responders, police and paramedics, like these ABOVE, from Washington County Ambulance service, attending the dinner. The firemen had a packed house at the Nashville American Legion Hall, BELOW LEFT, serving chicken, BELOW RIGHT, plus sides, drinks and desserts. Following the dinner, many area first responders also attended and took part in the community 9/11 remembrance services, held later in the afternoon at St. Paul UCC Church. 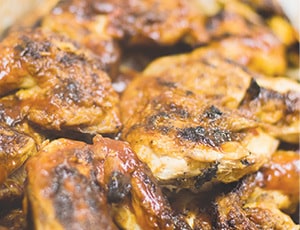