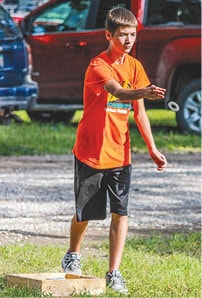 The 68th annual Okawville Wheat Festival and Agricultural Fair was held this Friday, Saturday, and Sunday, September 16, 17 and 18. LEFT, Will Shubert steels his gaze as he tosses a washer as part of the Wheat Festival Washer Tournament. There were 18 teams which took part in the tournament this year. RIGHT, 2016 Miss Okawville Fair Queen Rachel Recker, 19, of rural Venedy put down the scepter and picked up the sax (and kept the crown on), when she played as part of the Venedy Band on Saturday. More Wheat Festival Photos Can Be Seen On Page A5 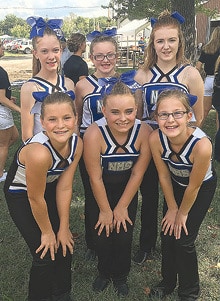 TOP, Ardy the Clown, played by Robin Ermer, ties balloon animals for visitors at the Wheat Festival. BELOW, kids crowd into the corn box, always a popular attraction for the little ones, put on by the Okawville High School FFA. 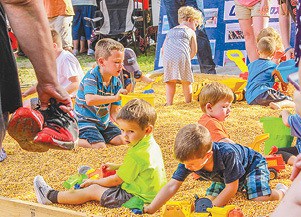 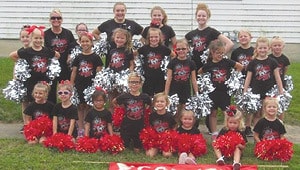 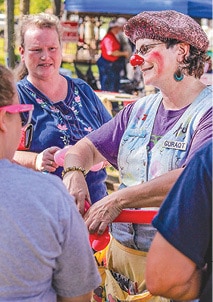