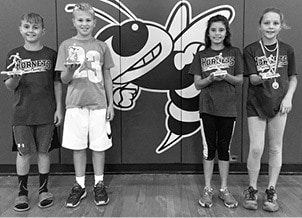 The Nashville Middle School cross country teams competed in the St. Mary's Invitational on September 19. The JV boys race featured 137 runners, while the JV girls race had 108 runners. Nashville Middle School finished with four medalists overall, two in the boys race, and two in the girls race. In the girls race, the two meadalists were Olivia Wiggers, who finished in tenth, and Angel Meyer, who finished in 15th place. The two medalists in the boys race were Seldon Kozuszek, who crossed in twelwth place, and Rylan Hammer finished in fourteenth place.

Nashville Middle School also competed in the Casey Mt. Vernon Meet on September 21. The girls race had 108 runners and Nashville finished with one medalist as Wiggers was the fourth runner to finish the race.