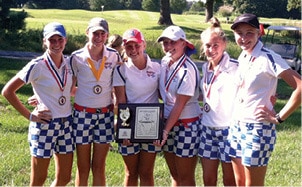 As the season comes to a close, the Nashville Hornettes golf team has continued their great play. The Hornettes picked up the Southern Illinois River to River Conference Mississippi Division title, as well as a victory in their final home meet of the season. The Hornettes are getting close to the Regional, on October 5. The Hornettes will play in the Trico (Campbell Hill) Regional at Jackson County Country Club.

The Hornettes have one more varsity tournament on Thursday at the Edwardsville Gary Bair Invitational, before they play in the Regional.