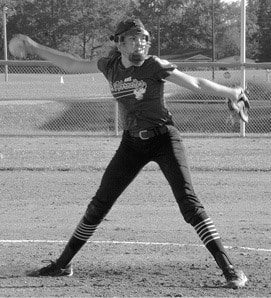 The Jr. Hornettes split their last two games of the regular season, before they began regional play this past week. In the regional, Nashville was able to get past both Okawville and Breese on their way to a regional championship for the second consecutive year.

The Hornettes finished up the regular season against DuQuoin and Murphysboro. The Jr. Hornettes lost to Murphysboro on September 20 11-2. Nashville got on the board first with a run in the first inning, but Murphysboro took control with four runs in the third. Nashville would get their lone other run in the fourth inning. Whitley Hunter led Nashville in the game going 3-3 with two runs scored, a RBI, a walk, and a HR. Sammy Edwards notched the lone other RBI for the Jr. Hornettes, while Daci Finke and Jordan Donato had the two other hits for Nashville.

The Jr. Hornettes' last regular season action was up against DuQuoin on September 20. Nashville took control early leading 7-1 after just two innings of play. DuQuoin would make a comeback, cutting Nashville's lead to just one in the fourth inning. In the fifth, Nashville would get more breathing room with four runs. The Jr. Hornettes would add three runs in the seventh, but DuQuoin would make one last comeback. DuQuoin would score four in the seventh, but could not come all the way back, as they lost 14-10. Emmerson Paszkiewicz led Nashville with three RBIs in game, to go along with four runs scored. Hunter also scored four runs in the win. Donato, Ryan Stiegman, Ashlyn Frazier, and Annie Ahlers each scored in the game for Nashville.

Nashville began regional play with a game against Breese on September 21. Nashville was able to score early, and hold on late for a 7-3 victory. Nashville would get two runs in the first and third innings to take an early 4-0 lead. The teams would trade runs in the fourth, before Nasvhille picked up two insurance runs in the sixth. Breese would score twice in the seventh, but could not make a comeback. Hunter led Nashville with 5 RBIs in the game. Hunter finished 2-3 with a home run, and a double. Donato added three hits at the top of the lineup, while Paszkiewicz, Edwards, Ahlers, Reagen Burke, and Frazier each added a hit in the win.

The Jr. Hornettes would then face off in the regional championship against Washington County rival Okawville on September 26.