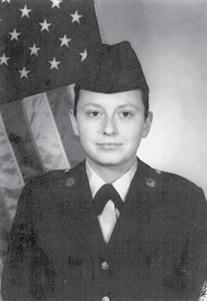 Nicole was born in Nashville on March 10, 1980 the daughter of Keith and Ginnie (nee Bergmire) Klasing. Nicole served in the United States Army from February of 2000 until October of 2004, having attained the rank of Corporal. She was united in marriage to Justin Hicks in Leesville, LA on July 15, 2000 and he survives her passing.

Nicole was a homemaker and a loving and dedicated mother. She also worked as a housekeeper. She attended St. Paul United Church of Christ in Nashville. She was a member of American Legion Post 110 in Nashville where she served on the Honor Guard. Nicole enjoyed the outdoors and was an avid deer hunter. She also liked doing arts and crafts, especially candle making and tie dye. She was an avid Elvis Presley fan and had visited Graceland many times. Most of all she loved taking care of and raising her children.

She was preceded in death by a sister, Katherine Klasing; paternal grandfather, Ralph Klasing Jr., maternal grandparents, Robert and Patricia Bergmire; and a brother-in-law, Seth Hicks.

In lieu of flowers, memorials may be made to the family of Nicole Hicks and will be accepted by the Campagna Funeral Home.