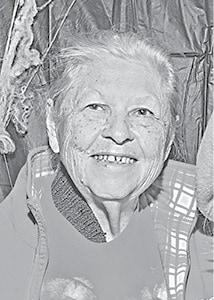 Dolores Mae Roethemeyer, 84, of Nashville, passed away at 1:38 a.m. on Thursday, October 6, 2016 at Memorial Hospital in Belleville.

Also preceding her in death were her parents; a son, Timothy Gene; a brother, Kenneth Junge; and a sister, Evelyn Eagan.

Dolores was a member of Trinity Lutheran Church in Nashville where she was active in LWML, Ladies Aid and sang in the choir. She enjoyed riding bicycles in her younger years.

Styninger Funeral Home in Nashville is in charge of arrangements.