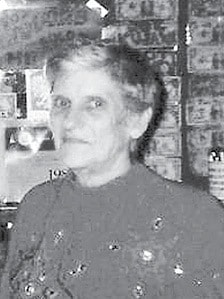 Mrs. Sharon Kozuszek of Irvington, departed this life at her residence in Irvington on Tuesday, October 4, 2016 at 5 AM. She had attained the age of 73 years, 11 months and 13 days.

Sharon was the owner of the Whitehouse Tavern in DuBois for many years and she was of the catholic faith. Sharon enjoyed quilting, crafting and bingo.

She was preceded in death by her parents, husband and son, James Kozuszek.

Funeral services were held at the Campagna Funeral Home in Ashley, on Friday, October 7, 2016 at 10 a.m. with Fr. Oliver Nwachukwu officiating. Interment followed in the St. Charles Cemetery in DuBois.

Should friends desire memorials may be made to the family of Sharon Kozuszek and will be accepted by the Campagna Funeral Home.