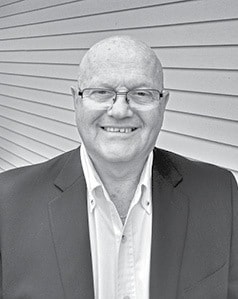 Steve Fletcher of Nashville was elected as the President of the National Rural Water Association during meetings held at the WaterPro Conference in Orlando, Fla. Fletcher was inaugurated during a luncheon on Sept. 14.

“I am truly humbled and honored to be NRWA President,” Fletcher said. “There is nothing above being president of the greatest water organization in the country, maybe even the world. I will work hard to continue the success that my predecessors have achieved.”

“My original board of directors encouraged me to participate in water organizations to promote our system,” Fletcher said. “I believe that this is the pinnacle of that effort for myself and the Washington County Water Company.”

Fletcher has been the Manager and Operator for the Washington County Water Company since November of 1981. The WCWC is a not-for-profit rural water system that serves 5,800 customers in seven counties across southern Illinois.

Fletcher has been a member of the Illinois Rural Water Association since 1986 and was elected as the state director to the NRWA board in 1999. He was elected to the NRWA executive board in 2008.

In addition to his work in rural water, Fletcher has also been a police officer for Nashville, Ill. since 1987 and serves as the Chief Deputy Coroner for the County of Washington. His family is active with St. Paul’s United Church of Christ.

He enjoys spending time with his family, especially his grandkids, as well as playing golf, fishing and deer hunting. Fletcher has been married to his wife Jane for 41 years. His son, Brian Fletcher lives in Nashville, and has two daughters, Lainey and Briley. His daughter Tracy Thessing lives with her husband Ben in Mascoutah, with their daughter Finley and son Fletcher.

Steve Fletcher will serve as president of NRWA, the nation’s largest water utility association with over 30,000 members. He will be one of the voices representing Rural Water at industry events, with government agencies and in the halls of Congress.