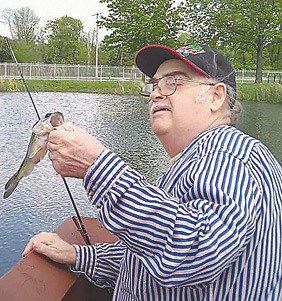 He was born on November 2, 1947 in Granite City, the son of Jack Darrell and Florence May (Arnold) Brooks. He married Sandra Kay (Anderson) Cooper on May 1, 1971 in Elmwood, Indiana and they later divorced.

Mr. Brooks was preceded in death by his parents and two brothers, Jack Brooks, Jr., and Randy Brooks.

Mr. Brooks was of the Baptist faith. He was a veteran of the U.S. Army during the Vietnam War. He served his country from December 13, 1966 until November 26, 1968, where he was stationed in Germany. He was a member of the Nashville American Legion Post 110 and Nashville Moose Lodge 2560. He was an avid fisherman. He enjoyed playing bingo and visiting Walmart. He loved his animals including his dogs, Bouncer and Puggy. He cherished the time he spent with his family, especially his grandchildren. He was known to refer to everyone as “Kiddo.”

Mr. Brooks retired in 1997 as a plant manager from Sisco Corporation in Nashville, after many years of service. He was previously a truck driver for the Sisco Corporation. He graduated with WesClin High School’s “Class of 1966” in Trenton

Funeral services will be held at 11 A.M. on Saturday, October 22, 2016 at the Styninger Funeral Home in Nashville, with Reverend Andrew Easton officiating. A veteran walk-through will be accorded by the Nashville American Legion Post 110 at 10:45 a.m. on Saturday at the funeral home. Burial will follow at the Sunset Hill Cemetery in Glen Carbon, with military honors accorded by U.S. Army and Collinsville V.F.W. Post 5691.

Friends may call from 9:00 A.M. until the time of services at 11:00 A.M. on Saturday at the Styninger Funeral Home in Nashville.

Memorial Contributions may be in Mr. Brooks’ memory to the Veteran Organization of Donor’s Choice. Styninger Funeral Home in Nashville is in charge of arrangements.