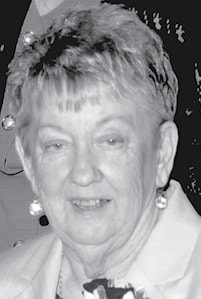 Norma Jean Slone, 78 of Hoyleton, passed away at 3:30 p.m. on Tuesday, October 11, 2016 at Doctors Health and Rehabilitation Center in Salem. She was born on October 26, 1937 in East St. Louis, the daughter of Van and Rosann Brackett Avett. She married Narvel Slone on March 1, 1958 in East St. Louis and he survives. Besides her husband of 58 years, she is survived by a daughter; Penny (Sean) Slone-Lewis of Pasadena, Texas and several nieces and nephews. She was preceded in death by her parents and two sisters; Katherin C. Bodine and Betty Ann Dudley.

Norma was a Registered Nurse in the United States Air Force where she retired as a Major. She was a member of the St. Paul United Church of Christ in Nashville where she was active in the Dorcas Circle and served as representative to the Illinois South conference. She was a member and past commander of the Hoyleton American Legion Post, Washington County Home Extension, Washington County Hospital Auxillary and was a volunteer nurse at the Du Bois United Church of Christ youth camp.