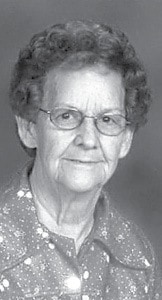 Anne was born on August 3, 1927 in Germantown, the daughter of Henry and Mary (Fuehne) Toennies. She was united in marriage to Frank L. Szopinski at St. Bernard Catholic Church in Albers, and he preceded her in death on March 7, 2001.

Anne was a housewife and owner/operator of Frank’s Place in Radom for 39 years. She also worked in home health care and was an employee at the Dubois Center for several years. Anne also devoted many years to the American Red Cross. She was a faithful member of the St. Michael Catholic Church in Radom where she was a member of the Altar Sodality.

Anne dedicated many years of her life volunteering at St. Michael. She enjoyed cooking and loved to spend time with her family, especially at the big Fourth of July parties.

In addition to her parents and husband, she was preceded in death by her daughter, Helen in infancy; three brothers, Gerhard and Elmer Toennies and Richard Kussatz; five sisters, Sister Mary Clare, Dolores Kniepmann, Margaret Kehrer, Helen Patke and Betty Toennies; and a son-in-law, Paul Frese.

Mass of Christian Burial will be celebrated at St. Michael Catholic Church in Radom on Thursday, December 29, 2016 at 10 A.M. with Fr. Robert Zwilling officiating with interment to follow in the church cemetery.

Friends may call at St. Michael Catholic Church in Radom on Wednesday, from 4 P.M. until 8 P.M., and on Thursday from 7:30 A.M. until the service hour.

The rosary will be recited at the church on Thursday at 9:30 A.M.

In lieu of flowers, mass offerings or memorials may be made to the St. Michael Catholic Church or Cemetery and will be accepted by the Campagna Funeral Home, who is assisting the family with arrangements. 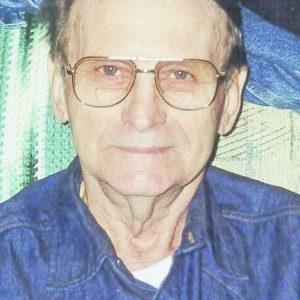 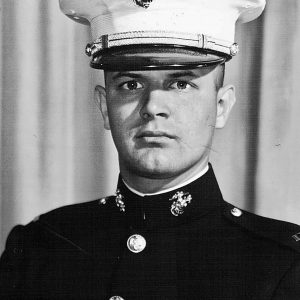