Kozuszek worked under Kuhn as the offensive coordinator for the past four seasons, but is excited for the new challenge. “I’ve been in the program a long time now, especially over the last three or four years, we’ve grown in the success that we’ve experienced, and just to be a part of that has been exciting. Now to step up to be the head coach, and just to try and continue that success. I know it’s a big responsibility, but it’s something that I’m excited for and definitely feel prepared for.”

Kozuszek went on to talk about how much it means to coach at Nashville. “It means a lot. I love Nashville. I love all of the Hornet sports programs. Obviously I coach baseball, and I’ve been coaching football now for a long time. My wife and I just built a house right across the street, we’re definitely not going anywhere. My kids are going to participate in all of the sports programs. So it means a lot to be able to coach in the football program.”

As for what will be the biggest adjustment moving from being the offensive coordinator to head coach Kozuszek said, “Just making sure that everyone is prepared in every phase of the game, and just overseeing everything. Before I just had to make sure the offense was prepared Friday night. Now I have to make sure the defense has a good gameplan in place, special teams is organized and prepared, just more responsibility.”

Although Kozuszek is now the head coach, he will still be the offensive coordinator. As for the rest of the staff, there is only one addition for next season. With the majority of the coaches returning, Anthony Thoel will take over as the defensive coordinator. Dan Wolf, Chad Malawy, Chris Goforth, Craig Dalman, and Jason Alli will all return to the coaching staff next season. Mike Borowiak is still undecided on whether to return.

The staff being in place, was a big key to Kozuszek when he applied for the position. “That was the big thing. I wanted to make sure the staff would be in place. WIth there not being any teaching openings here, it’s hard to recruit people to coach. It’s just nothing to offer anybody. So it almost has to be local people that help outwith the program. I definitely wanted to make sure that they were going to be in place, and I’d have a good candidate to step in as defensive coordinator. I talked to Coach Malawy, and he didn’t have any interest in moving up, he was content at the freshmen level.”

Kozuszek takes the reigns over from Tim Kuhn who was 26-25 in five seasons, including a trip to the State Semi-Finals in 2015

As for the coaching search, six candidates applied and four were interviewed according to NCHS Athletic Director Alicia Heggemeier. Heggemeier said of the hire, “I think Steve will bring continuity to the program as well as his enthusiasm and dedication both to the sport and to his players. Steve has strong ties to the Nashville community and will continue the Hornet Football tradition. I feel that his experience and relationships with both players and coaches will be the foundation for a successful program. 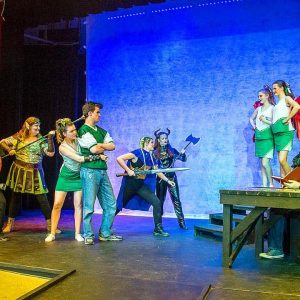