At approximately 10 a.m. on Wednesday, May 24, there was a two vehicle accident at the intersection of IL-127 and DuBois Blacktop, which resulted in serious injuries for one of the drivers,  Audreyana C. Jagger, a 26 year old female of Baltimore, Ohio.

Jagger was driving a 2006 Toyota Camry southbound on IL-127. At the DuBois Blacktop intersection, a 2014 Buick Envision driven by George Ciganovich, a 91 year old male of DuQuoin, failed to stop at IL-127 coming westbound on DuBois Blacktop Road, and struck the passenger side of the Toyota with the front end of the Buick.

Ciganovich was not injured in the crash. Jagger received serious, non-life-threatening injuries due to the collision and was evacuated from the scene via ambulance and then was taken by helicopter to a regional hospital.

Both vehicles were severely damaged and had to be towed from the scene.

Following the collision, Ciganovich was cited for disobeying a stop sign. 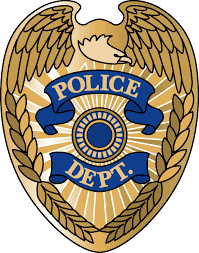