While many were still in their bed, sleeping off the previous day’s food-coma, a number of volunteers from the Nashville Lions Club made an early start of it on Friday, November 24, the day after Thanksgiving, in order to hang Christmas lights and decorations around town.

Raney stated that theirs was not the only crew of Lions volunteers out that morning though.

There were four crews out, all working to get the lights up. There was one other Tri-County truck being utilized, as well an Ameren truck, and a bucket truck privately owned by Kenny Brehm. 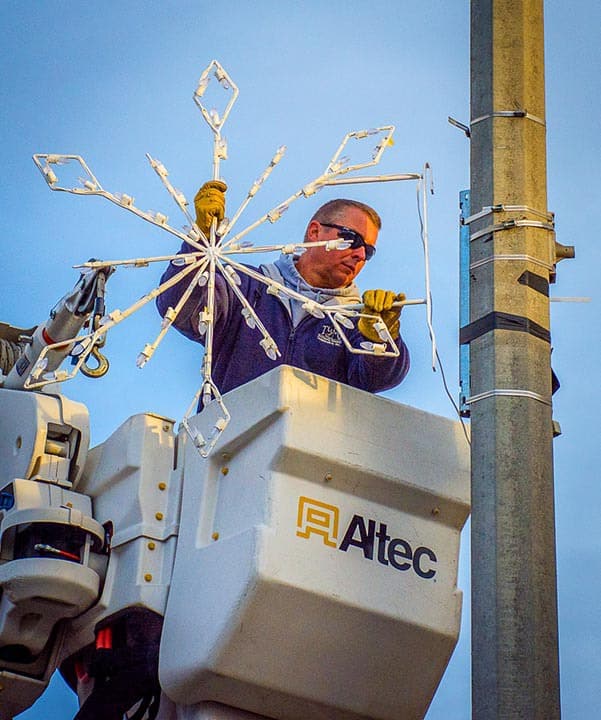 Brad Ahlers places a star on a lightpole along the courthouse square in Nashville Friday morning.

In addition to these public Christmas displays, the Lions Club also sponsor an annual contest for Christmas lights at area residences.

Check upcoming editions of The Nashville News for more information on that during the month of December.