It wasn’t a fire, but the Nashville Fire Protection District’s new ladder truck was pulling up to the L&N Depot in Nashville, with crowds of children and families waiting out front, early in the afternoon on Saturday, November 25.

While a firefighter was driving, it was the man in the backseat that most of the people there were out to see – he wore red, but it was a velvet suit, trimmed in white fur, that he wore, not firefighting turnout gear. 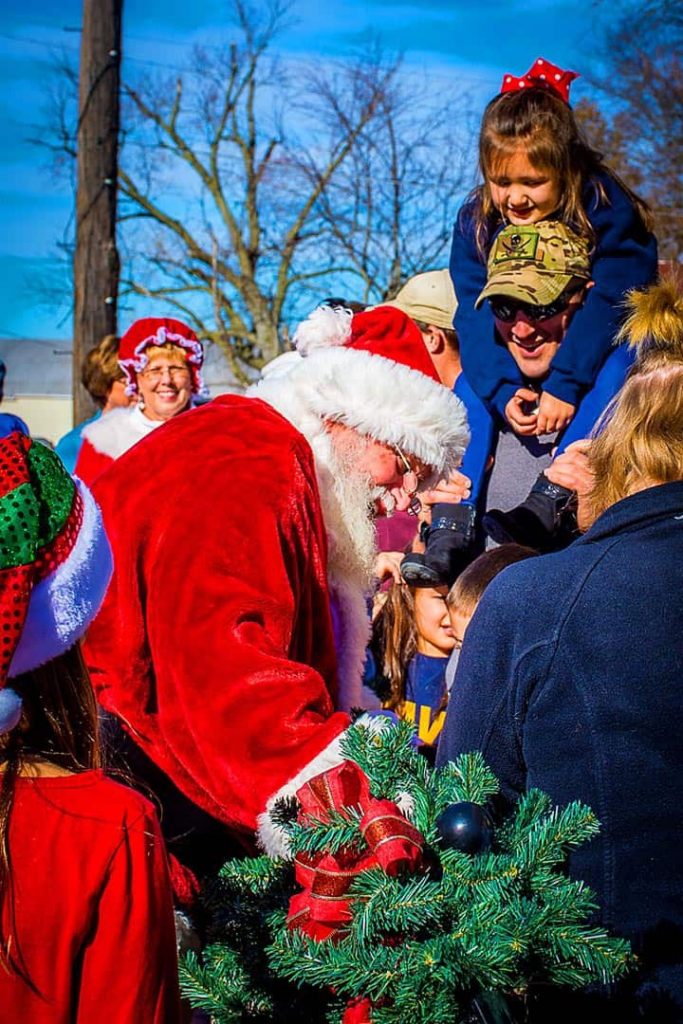 ABOVE, Santa greets people who have come out to see him at the L&N Depot in Nashville, on Saturday, November 25. Santa will be at the Depot from now until the week before Christmas.

“Ho ho ho!’ Santa Claus greeted the gathered crowd as he stepped down from the firetruck.

Mrs. Claus waited to greet Santa, and hand-in-hand, they worked their way through the crowd, with Santa taking time to say hello to all the children who waited for him.

Inside the Depot, Santa sat for photos with the children, courtesy of Nashville photographer Rachael Kreid.

After pictures, children could get a cookie, or check out the new train set that has been put in at the Depot. 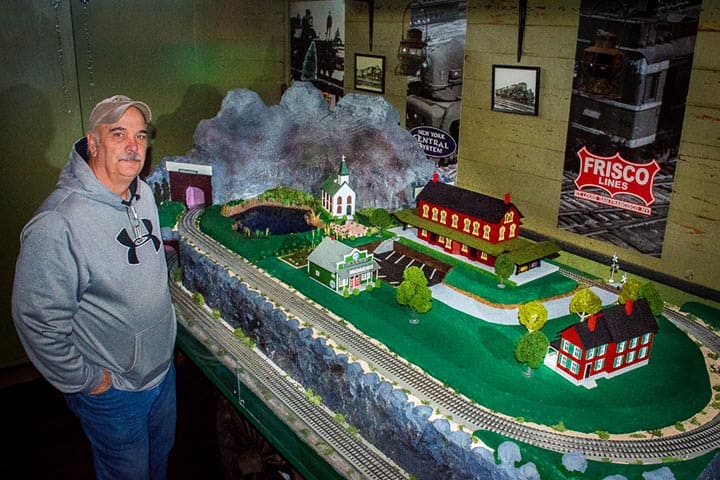 David Rolf stands by the new train set he constructed which is at the Depot. On Saturday, Rolf was running a pair of trains through the set.

The new train set was just put in at the Depot, by David Rolf, who was running two trains Saturday, one of which was marked as the Polar Express. Nearly all of the landscape that the trains ride through was handmade by Rolf.

Saturday marked Santa’s arrival in Nashville for the season.

He will be at the L&N Depot from now through just before Christmas.