Libby Ahlers drives towards the bucket during the Hornettes win over Anna-Jonesboro on November 28.

The Nashville Hornettes girls basketball team split their two games this past week, as they picked up a win over conference rival Anna-Jonesboro, before dropping a game to the Lady Rockets of Okawville. The Hornettes record on the season is 4-2.

The Hornettes opened up Southern Illinois River to River Conference play with a 39-29 win over Anna-Jonesboro on November 28.

Anna-Jonesboro got off to a quick start as Lexi Smith hit a three to get the scoring underway. The Hornettes would score the next five points of the game, to take the lead and never trailed again in the contest. After the first quarter of play, the Hornettes held a 9-5 lead over the Lady Wildcats.

After the break, the Hornettes again pushed their lead to seven, but Anna-Jonesboro went on a 5-0 run to end the quarter to cut the Hornettes lead to two points with one quarter remaining.

Nashville came out firing in the fourth. After the Hornettes opened up a four point lead early, the Lady Wildcats cut the lead back down to 25-24. The Hornettes would then go on a 12-0 run to put the game away. In the fourth the Hornettes went 10-16 from the charity stripe to keep Anna-Jonesboro at bay.

After the game, Coach Doug Althoff talked about free throws. “That’s what you have to do. Get to the line and knock them in. I always like scoring when the clock isn’t running. I’ll take it.”

Karly Stanowski led the Hornettes with 17 points and 11 rebounds in the win. Paige Kasten added nine points. Libby Ahlers and Rachael Kell each finished with four points. Emily Stern and Sophie Heck rounded out the scoring with two points apiece.

The Hornettes were back in action on Saturday December 2, as they took on Okawville in a rematch of the NIT Championship. The teams would be close until the fourth when Okawville’s defense coupled with Nashville’s cold shooting allowed the Lady Rockets to pull away for a 39-24 win.

The Lady Rockets were in control for the majority of the matchup. Okawville would quickly build a four point lead in the first, and held the lead at the end of the quarter. As the teams headed to the second, Okawville led 11-7. In the second, the Hornettes quickly fell behind by six, but kept battling throughout the quarter. With Nashville trailing by six, Kasten hit a three to cut the lead to three. Stanowski would follow it up with a basket to cut the lead to one. After a basket by Kate Lohman, the Hornettes would get a free throw from Sabrina Kollbaum to go into the half, down only two at 21-19.

The fourth quarter was all Okawville. The Lady Rockets took a 26-24 lead early, and never looked back. Okawville ended the run on a 15-0 run to put Nashville away. The Hornettes went ice cold from the field, missing all nine shots in the frame. Conversely, Okawville went 5-7 from the field, and 5-8 from the charity stripe.

After the game Okawville Coach Michelle Hasheider-Burianek talked about the fourth quarter. “I really stressed the defense. I wasn’t happy with the defense in the third quarter. You can probably ask them. I thought we were getting out-hustled, I thought we were getting outplayed in the third quarter, and they stepped up and played hard in the fourth quarter.”

Hornettes coach Doug Althoff talked about his team going cold. “We just couldn’t make a shot. I can’t complain about the shots we got. We got some good open looks, we just didn’t make them. Sometimes it goes that way. I’ve seen really good teams before this you can get a good shot, but if you can’t make them, you can’t win.”

Althoff went on to say. “I’m not taking nothing away from their defense, because it is good. They contest every shot, but I still think we got some good open looks, we just couldn’t make them today. Sometimes you live and die by the three and we pretty much died today by the three.”

Nashville was led by Stanowski who finished with nine points in the loss. Kasten added seven points. Kollbaum and Kell each finished with three points. Ahlers rounded out the Hornettes scoring with two points. 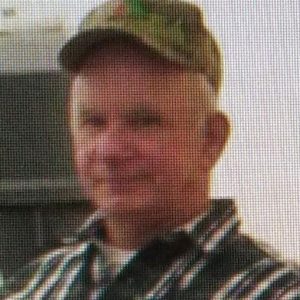