The Nashville City Council voted to pass an ordinance which repeals the city’s employee residency requirement at their first meeting for the month, held Thursday, December 7, at City Hall.

The repeal applies to employees of the city only, not elected officials, but does apply to all employees.

Another ordinance, 2017-12 which amends the city’s procedures for dealing with water and sewer service delinquency and termination and disputes, was on the agenda for the December 7 meeting, but Mayor Erik Rolf said that they were not yet ready to take action and voted to table the item for this meeting.

“It’s essentially the brain of the machine,” Middleton told the council. “It allows us to know which direction we’re going with the head of it…it’s useless without it.”

The locator box that has been in use on the city’s boring machine is the original model purchased with the borer – in 1991.

“There are three models that have come out since then,” Middleton said. “It’s worked really well for us. They just don’t service it anymore.”

“So essentially, without this, our boring machine is just junk?” Rolf asked.

The council approved the purchase of a Falcon F2 System locator box. The device will be purchased from Vermeer Midwest of St. Louis, and will cost $14,940, with a trade-in credit for the old locator box of $2,935.

Middleton also gave the council a quick update on the progress of the new computer system at the water plant, the installation of which has been an ongoing project during the fall.

“In January, they’ll start on the software for that,” Middleton said.

Following the raising of Illinois’ Bicentennial Flag at City Hall on Monday, December 4 (see the article from the December 6, 2017, edition of The Nashville News), Mayor Erik Rolf signed a proclamation. 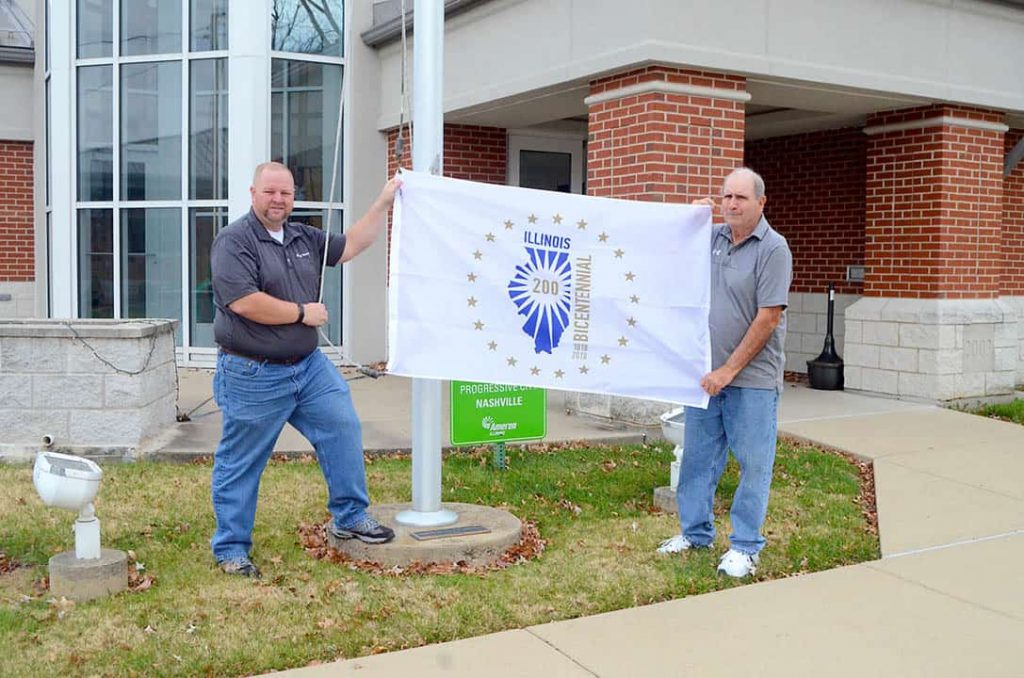 The proclamation Rolf signed was just like the one read by Mayor Cecil Alfeldt in Oakdale, and it encouraged Nashville residents to take part in the state’s observances and to visit illinois200.com. 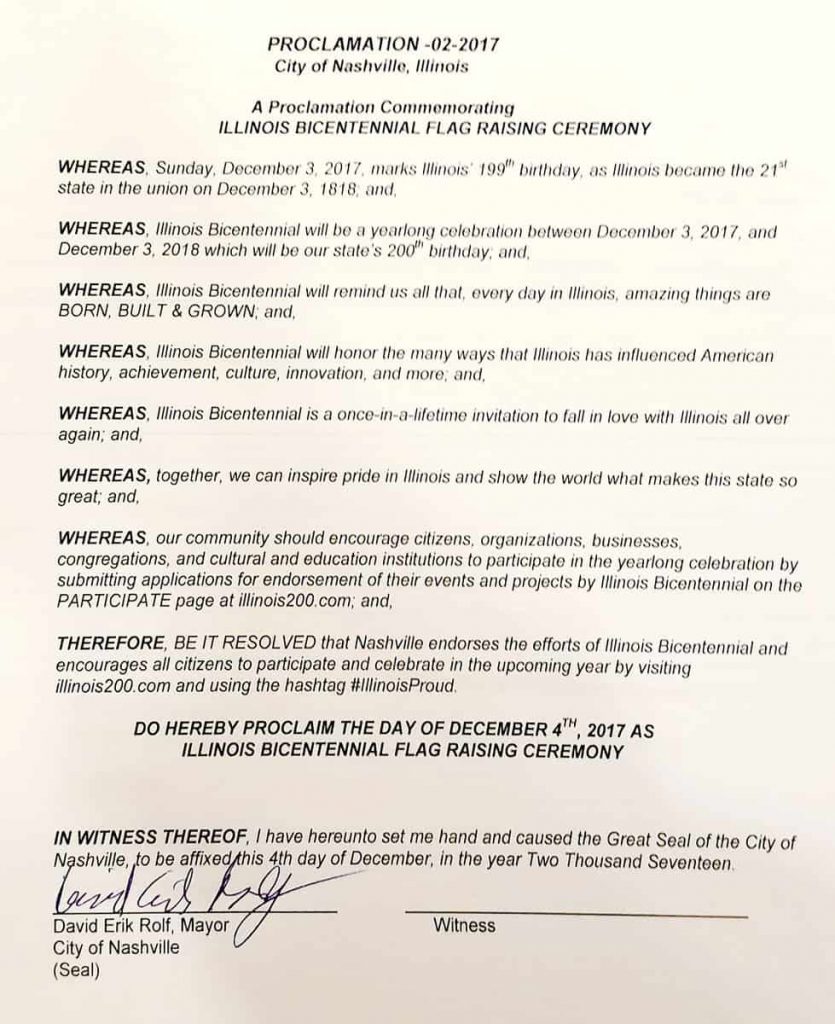 The Proclamation Signed By Mayor Rolf.

The council approved amendments to the city’s employee handbook. The amendments make changes and additions to the wage and adjustment packages, including adjustments to starting pay for various positions.

The handbook changes also changed the anniversary bonus pay. Formerly, a bonus was one-percent per year, now it’s set at $250 every five years.

The council will be holding a tax levy hearing before the next city council meeting, to be held on Thursday, December 21. The meeting begins at 7 p.m., and the hearing wil start at 6:45 p.m.

For the Police Department, the new Ford Interceptor sedan that city council recently approved the purchase of “is in and it’s in service,” Police Chief Brian Fletcher told the council.

The city took in 8.6 tons of recyclables during the month of November, Kozuszek told the council.

There is no planning commission meeting that will be held for November/ December of this year. The next scheduled meeting would be for January.