The Nashville Community High School Music Department held their annual Christmas concert in Assembly Hall on the afternoon of Sunday, December 10. Several NCHS ensembles played during the performance, among the them the NCHS Concert Band, ABOVE, and the Mixed Choir, BELOW, which will be performing at the 2018 Illinois Music Education Association Conference, being held in Peoria from January 24-27. 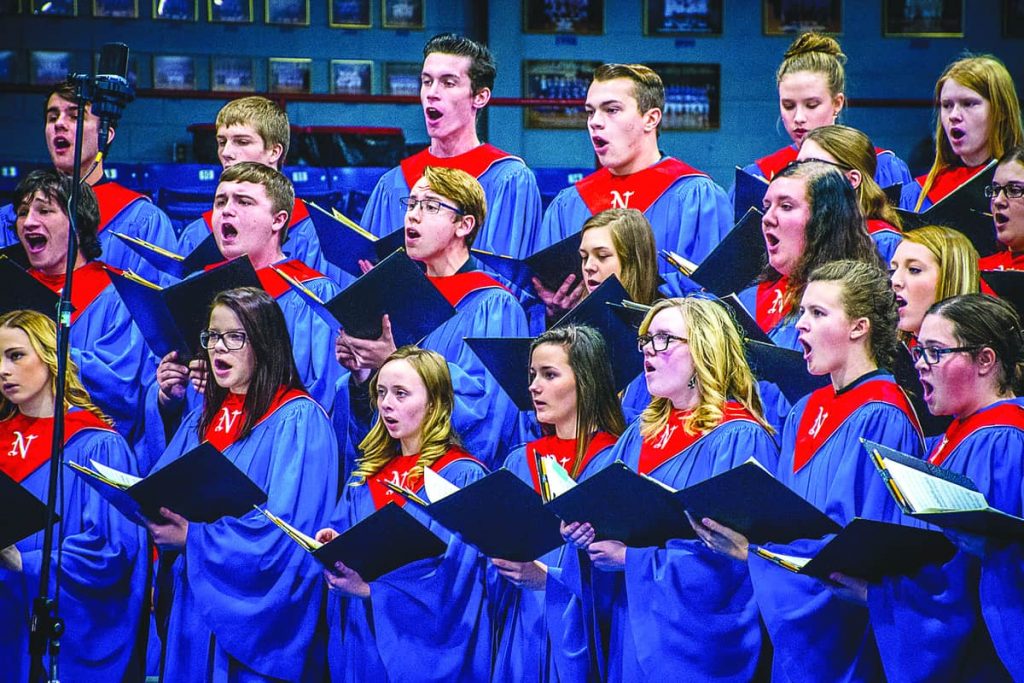 The concert also highlighted other ensembles and NCHS student soloists, including the Prairie Honor Band, the Pop Music Ensemble, which performed “Picking Up The Pieces”, their own composition, the Music I class, and soloist Amy Harris (who had performed as the queen and the dragon for “Shrek: The Musical”.

The music being performed ranged from Christmas stand-bys like “Deck The Halls”, “All I Want For Christmas Is You,” and “White Christmas” to songs that will be performed at various competitions and more evocative seasonal pieces.