FROM LEFT, the wings were cleaned, breaded (or not, depending on the order), fried, sauced and packaged, with customers arriving to pick their orders up through the afternoon.

Nothing But A Wing Thing…

Sunday, February 4, Super Bowl Sunday, the kitchen at the Community Center of Nashville (CCN) was a flurry of activity. 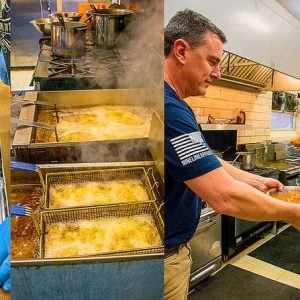 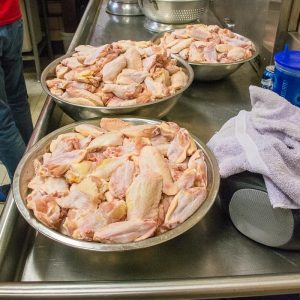 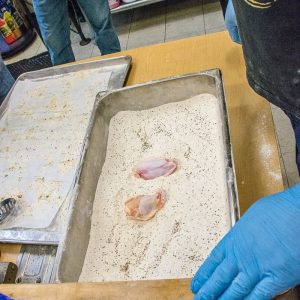 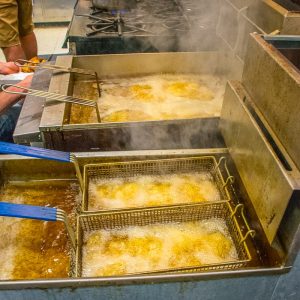 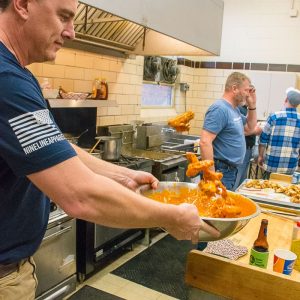 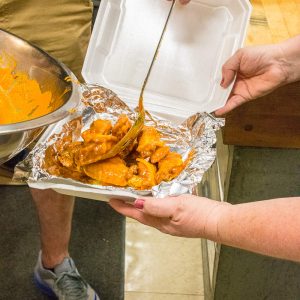 Volunteers came in and readied orders for more than 1,800 chicken wings as part of the annual CCN fundraiser.

It's organized chaos in the kitchen at the Community Center of Nashville (CCN), where volunteers are hard at working, preparing, cooking and saucing the 1,800 wings that have been ordered for their annual fundraiser.

Posted by The Nashville News on Sunday, February 4, 2018

Fundraisers like this one being done at CCN have taken on a more important role in recent months as the center is trying to stay financially solvent and keep the doors open.
Later this month, Saturday, February 17, there will be a membership drive from 6 to 10 p.m., with tours, free appetizers and drinks available for purchase.
The CCN Board hopes that the sale of these memberships will help in raising the funds that the Center is in need of.
For more information on CCN or CCN membership, visit them on Facebook or contact Jennifer at (618) 327-8663.