Art Schmittler stopped in at the office of The Nashville News to show us these three photo, taken by his late wife, Alice. 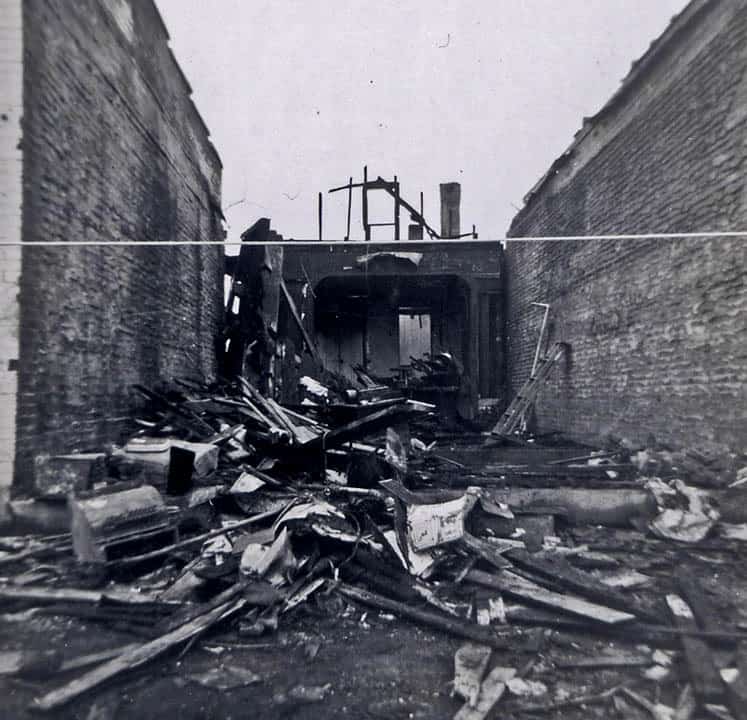 The Dry Cleaners shop after the explosion.

He found them going through her things and said that he remembered her telling him the story behind them. 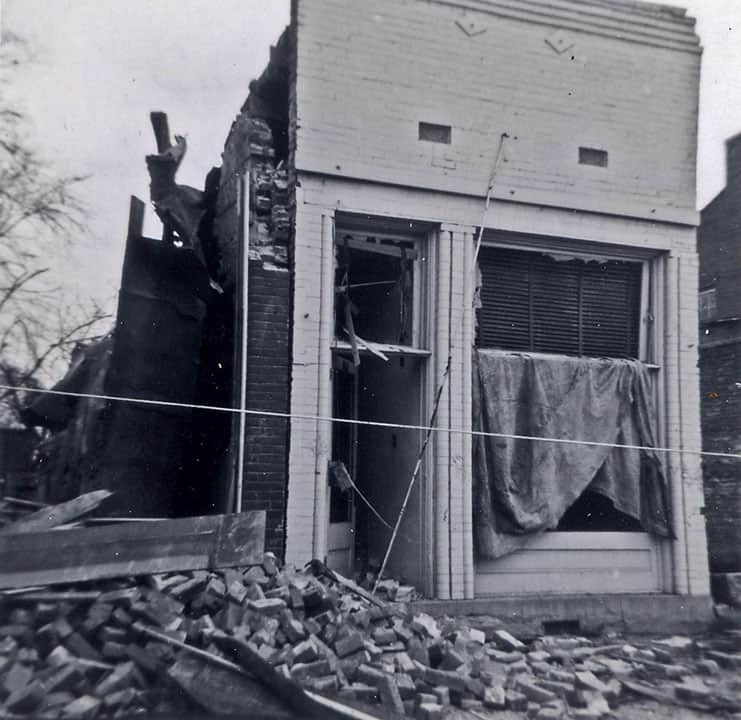 The dental office (we found out after the initial publishing that this was a dentist’s office) damaged by the blast.

Art moved to Nashville in 1954 and he says that these pictures were taken by Alice (then Schorfheide) in 1952 or 1953.
There was an explosion at a dry cleaners which was owned by Charles Briner, who later became friends with the Schmittlers. Briner lost a leg in the explosion and rebuilt his shop after recovering. 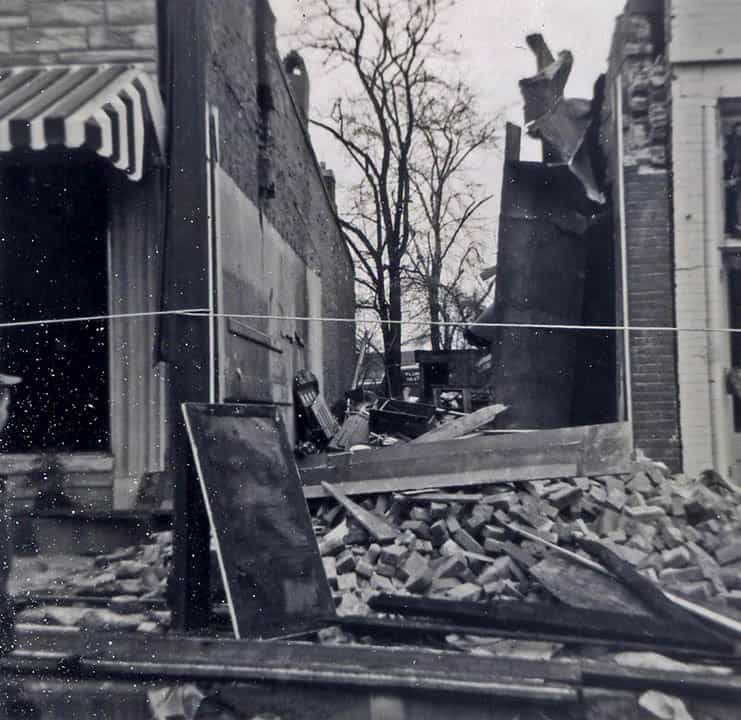 Nickel’s Barber Shop was knocked over by the blast.

The large photo was what Schmittler said he believed was the dry cleaners.
Art stated that two other businesses were damaged in the explosion too (the other two photos shown), a sew shop, and Nickle’s Barber Shop. At the time that Alice had taken the photos, she was employed as a legal secretary for Washington County State’s Attorney Wilbert Hohlt.
Posted in Features

Opinion: SOS: Save Our Schools

Coronavirus: Is it Safe for Kids to Go Back to School?

Reopening Businesses In An Epidemic