April is Community College Month, and to show support for it, and for this area’s community college, Kaskaskia College, the Nashville City Council approved a resolution at their April 5
meeting declaring community college month for Nashville.
At the April 10 meeting of the Washington County Board, they too signed a resolution in support of Community College month.
Ruth Barczewski, Kaskaskia College Nashville Education Center director, spoke with the Nashville City Council. She stated that there are more than 230,000 community college students in Illinois, and their education has an average yearly cost of about $6,000 – this compares to 141,000 students enrolled in Illinois universities, whose education costs, on average, $15,000 per year.
Barczewski stated that there would be an open house at Kaskaskia College’s Main Campus on Monday, April 30, she invited the council and stated that the event is open to the public. 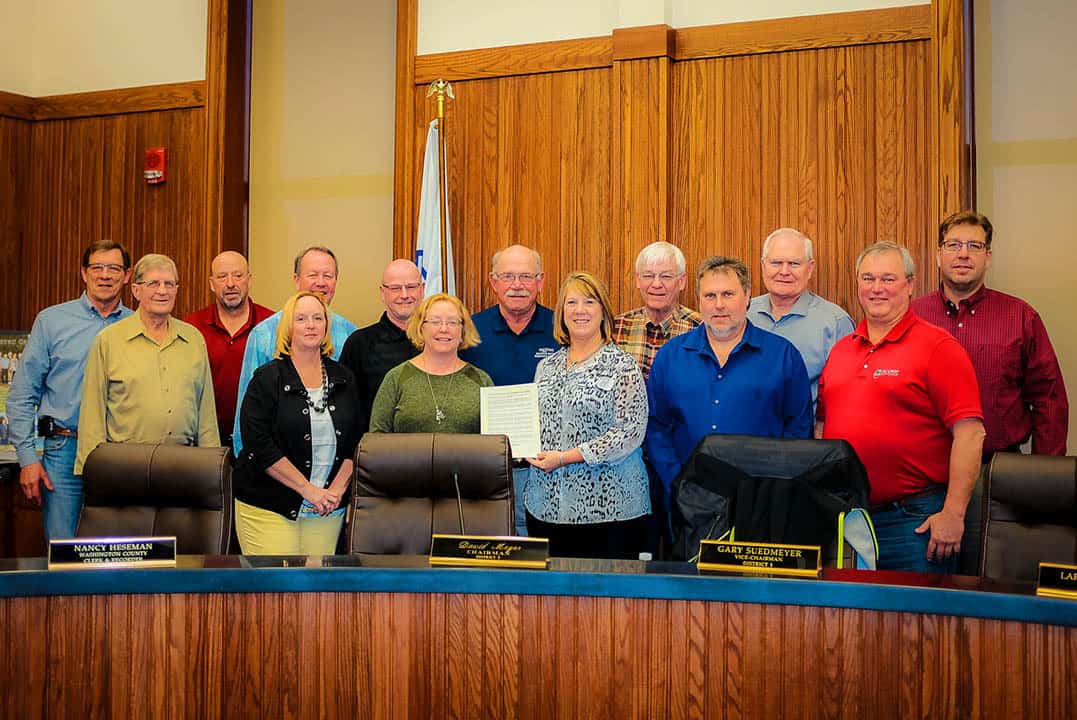 Cathy Karrick and Cheryl Boehne of Kaskaskia College, at CENTER, with members of the Washington County Board.

At the Washington county Board meeting, Cheryl Boehne spoke to the board, and said that open houses were one of the way they at KC were observing the month, starting off with one at the Nashville Education Center on April 2, followed by others at the other are education centers, and capped off with the main campus open house.
Posted in Milestones, School