The Nashville Middle School boys and girls track teams wrapped up their season this past week with the SIJHSAA Class S State Track Meet which was held at the Herrin Sports Complex on May 12. The Jr. Hornets finished in sixth place, while the Jr. Hornettes finished in fifth place.
The Nashville Middle School boys 4X400 team of Carson Cook, Ben Reid, Ray Habeck, and Rylan Hammer came away from the event as State Champions. Cook, Reid, Habeck, and Hammer finished with a time of 4:04.64. It was four seconds ahead of second place.
Colton Wolters finished fourth in the Discus at the State Track Meet with a throw of 122’08”. Aiden Heiman, Cook, Seldon Kozuszek, and Hammer finished fourth in the 7th Grade 4X200M Relay with a time of 1:53.40. Reid brought home fourth place in the 400M Dash with a time of 57.62. 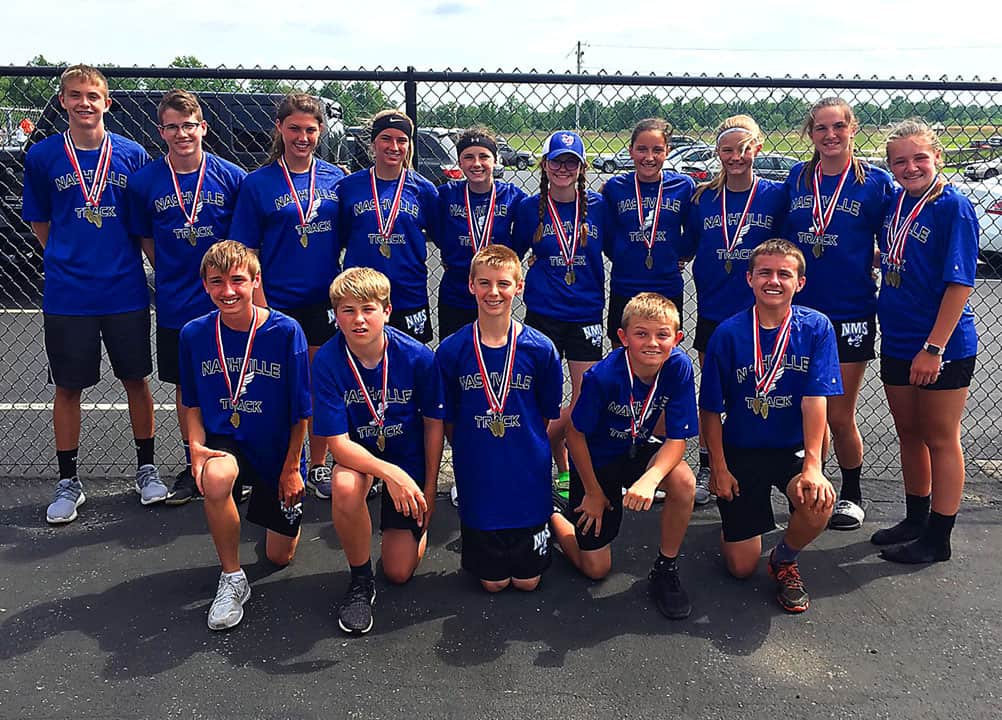 Members of the Nashville Middle School Jr. Hornets and Jr. Hornettes track teams competed at the SIJHSAA CLass S State Meet on May 12 in Herrin. Pictured are the athletes that won medals at the meet.