Concerts’ Return To Courthouse Lawn Will Have To Wait Kaskaskia River Brass, a horn ensemble with a drummer, led by Len Campbell of Nashville, kicked off the 2018 Summer Concert Series on the evening of Thursday, May 31.
A video of some of the songs performed by Kaskaskia River Brass was streamed on Facebook Live, it can be found here.
The concert series is sponsored by the Washington County Arts Council, and after a few years of being held at Nashville’s Memorial Park, the performances are set to be held on the lawn of the Washington County Courthouse again after a hiatus that began when the courthouse’s now complete renovation did. 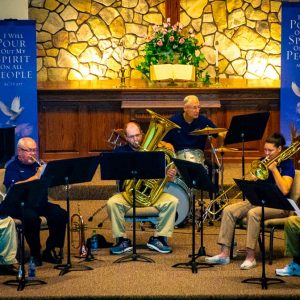 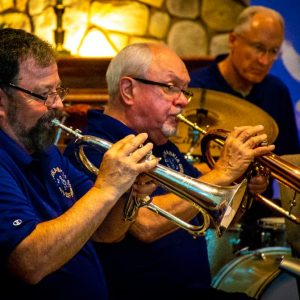 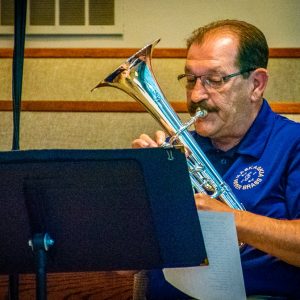 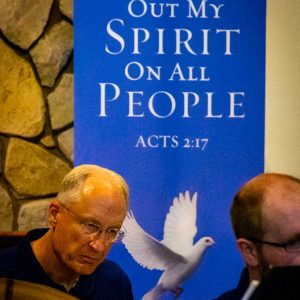 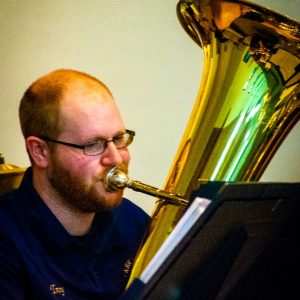 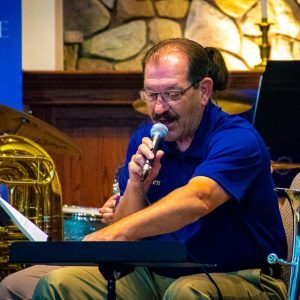 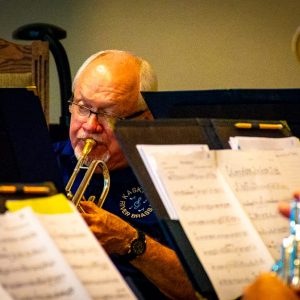 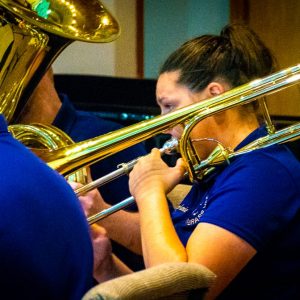 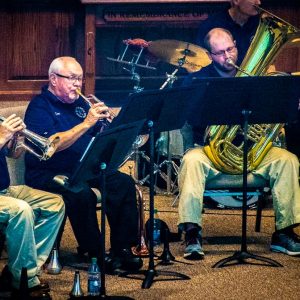 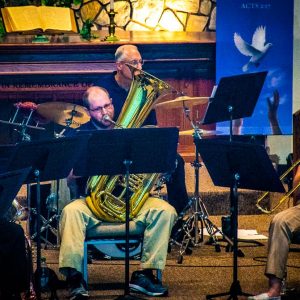 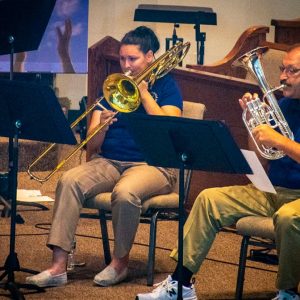 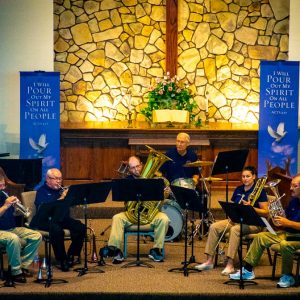 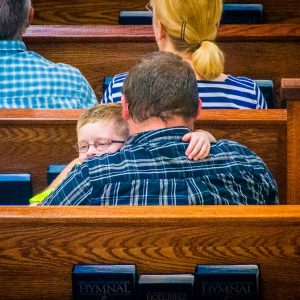 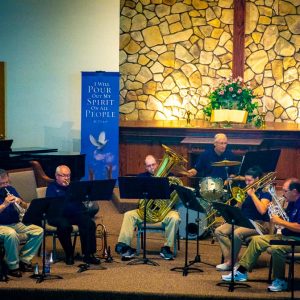 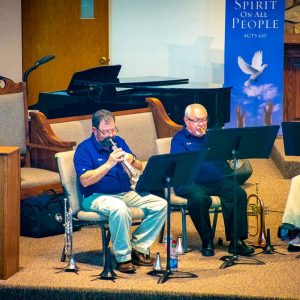 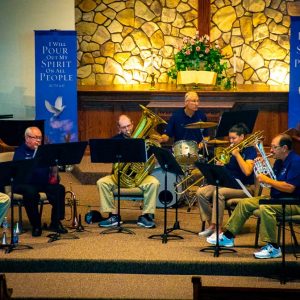 Unfortunately, the return to the courthouse lawn will have to wait for next week. Early in the day on Thursday, a line of torrential storm blew through the area, even downing a large limb a few dozen feet from the intended concert site onto a parked pickup truck. With more storms forecast for the afternoon and evening, concert organizers made the decision to move the show indoors to the sanctuary at Grace United Methodist Church. The storms did not materialize until later on, but the call needed to be made without knowing that. The concert series continues, with the next show being Dave Hylla and Good Time Polka, at 6 p.m. on Thursday, June 7, on the courthouse lawn (weather permitting, of course).
Posted in Front Page, Regional