It’s already called “The Magic Kingdom”, but Disney World in Orlando, Fla., got just a bit more magical last week when scores of NCHS Hornets brought a little bit of their own magic – the musical kind!
There were four performances played by the Hornet Musicians in Disney World on Thursday, June 7 – with the Concert Band, Jazz Band, Concert Choir and Jazz Choir all performing, in that order.

“The performances were outstanding,” NCHS Music Director Steve Browne wrote. “They were on a stage in Disney Springs, right in front of the lake. In the middle of the lake was a dragon and across the lake was an erupting volcano. There were many people in the audience for each performance and more would show up as we were performing.”
Unfortunately, the final performance, by the Jazz Choir, was cut short by two songs due to inclement weather. Browne said that while students were disappointed, it was short-lived.
Capping off the performances was the Hornet Marching Band playing in the afternoon parade down Main Street in the Magic Kingdom. “The parade was was absolutely a dream come true for many,” Browne wrote. “After the kids marched they were high-fiving, smiling, and some crying due to the fact that it was their last high school performance. Their director may or may not have even show a few tears.”
A video of the performance was posted by chaperone Haeli Williamson to Facebook Live.
The performances were only part of whirlwind of trip though. Of course, things started out in Nashville and headed south (geographically) from there.
The students and their chaperones piled onto buses at 1 p.m. on Monday, June 4, then traveled through the night, arriving at their hotel in Florida at approximately 8:30 a.m. Tuesday, June 5.
Browne said that the group had changed and ate breakfast so that by 10 a.m., they were bound for Animal Kingdom, and had an entire day at the park without any performances.
They were able to catch the evening show at Animal Kingdom before heading back to the hotel, checking in and bedding down for the evening.
The next day, the students headed to Hollywood Studios, where the choir students had all day free at the park, and the band kids spent most of the day free, with the exception of a workshop from 4 to 6 p.m. 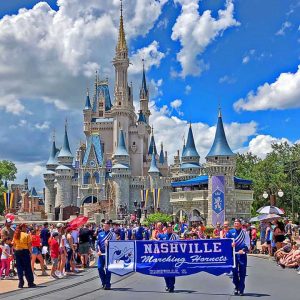 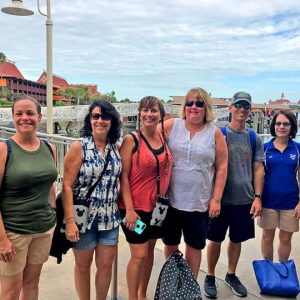 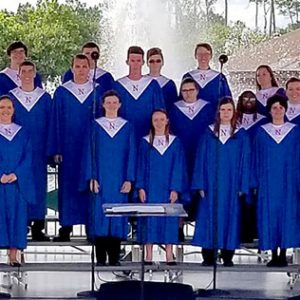 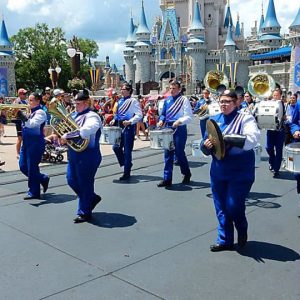 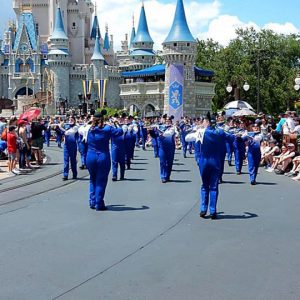 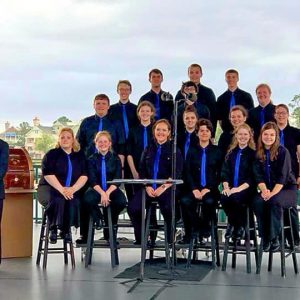 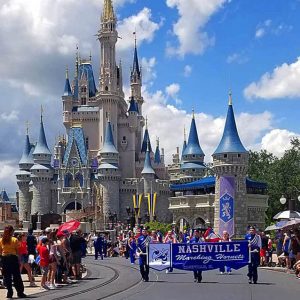 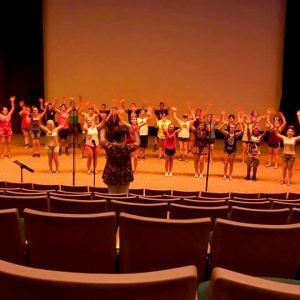 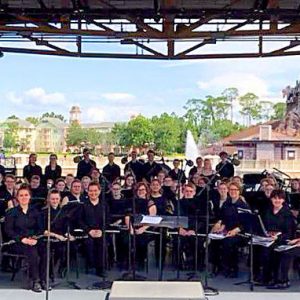 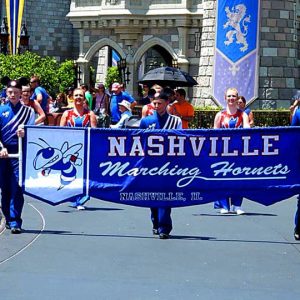 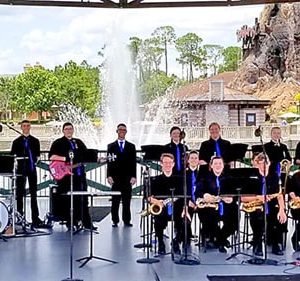 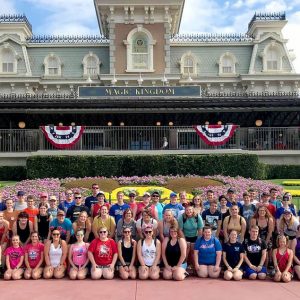 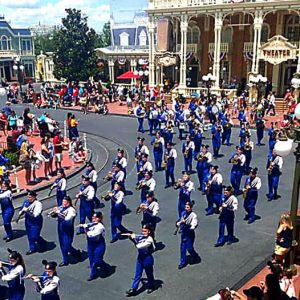 That evening, the group watched “Phantasmic” a nighttime show at Hollywood Studios. A small group capped that night off by watching the Star Wars fireworks show across the park.
Thursday was the day of all four performances, while Friday, “probably the hottest day of our trip,” Browne said, was the day of the afternoon parade.
Saturday was another fun day, with the students heading to Universal Studios for a full day with no performances.
“The kids behaved wonderfully the whole time while we are down on the trip. Everybody was so patient and understanding of our busy schedules. It made for a wonderful experience for all,” said Browne. “The coolest thing about the trip is when the kids have tears in their eyes while meeting the childhood idols. I love that no one is worried about being cool or what others think. They were just in a magical place and loving every minute of it.” Along with all of the hard work put in to the trip by the students and himself, Browne also thanked the others who made the trip possible – the school board and administration for allowing them to go, and “especially our awesome chaperones” – Terry Disper, Michele Goostree, Jenny Olson, Jean Orr, and Haeli Williamson.
For more photos and videos, check out the Facebook group Nashville Community High School Music, here, where there are a wealth of posts from the trip.
Posted in Front Page, Popular Stories, School