Cameron Parker and Kyler Klingenberg were back on the gridiron last Friday as they took part in the Southern Illinois All-Star Game. The game was played at Pinckneyville High School. Parker and Klingenberg played for the Red All-Stars against the Blue All-Stars. Cameron Parker played Quarterback. Kyler Klingenberg played Center.
The Red All-Stars were made up of players from Nashville, Marion, Sesser-Valier/Waltonville, Pinckneyville, Carterville, Vienna/Goreville, Mount Vernon, Chester, Eldorado, Herrin, West Frankfort, and Murphysboro..
The Blue All-Stars were made up of players from Anna-Jonesboro, DuQuoin, Sparta, Johnston City, Benton, Centralia, Fairfield, Massac County, Carbondale, Hamilton County, and Harrisburg.  .
Cameron Parker led the Red All-Stars on two touchdown drives in the second have, throwing two touchdown passes. Parker’s first touchdown pass was a 58 yard pass to Jaden Lacy to cut the Blue All-Stars lead to 17-14 with 4:05 left in the third quarter. Parker then completed a 60 yard pass again to Lacy to give the Red All-Stars their only lead of the game at 28-24 in the fourth quarter.
The Red All Stars could not hold the lead. When time ran out in the fourth, the Red All-Stars found themselves on the wrong side of the scoreboard as the Blue All Stars took the win 38-28. 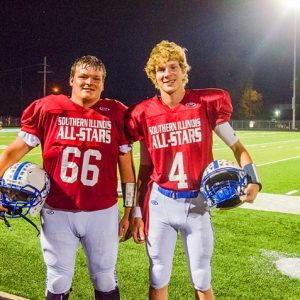 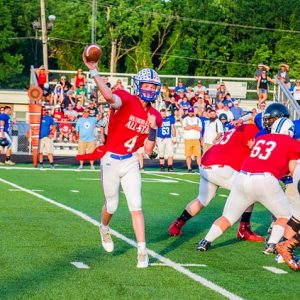 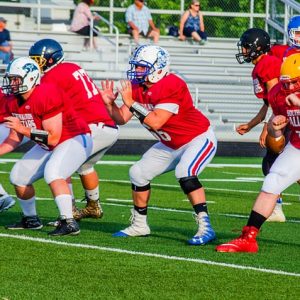 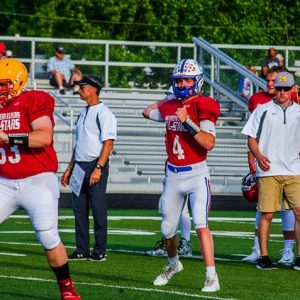 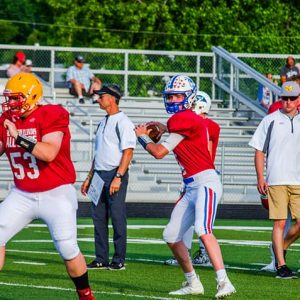 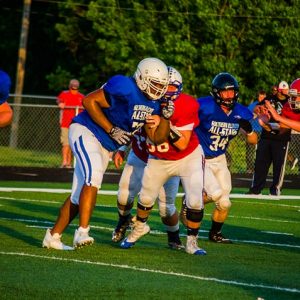 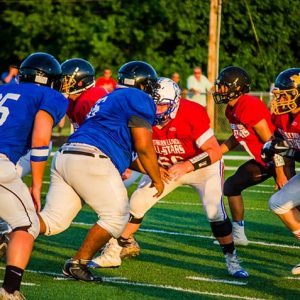 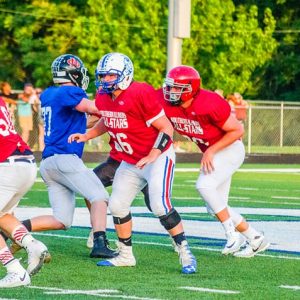 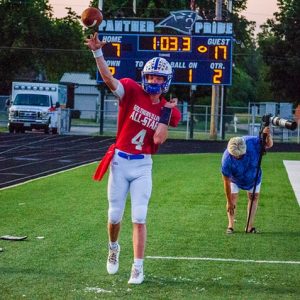 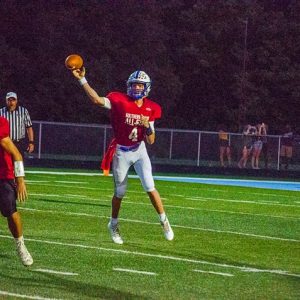 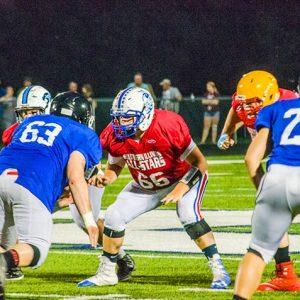 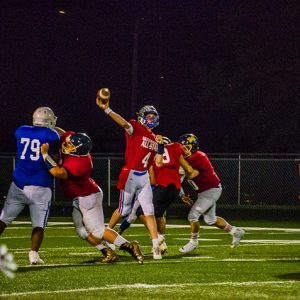 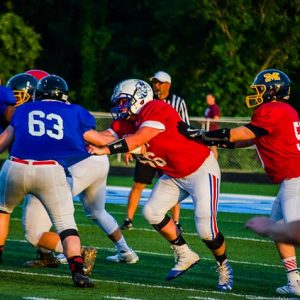