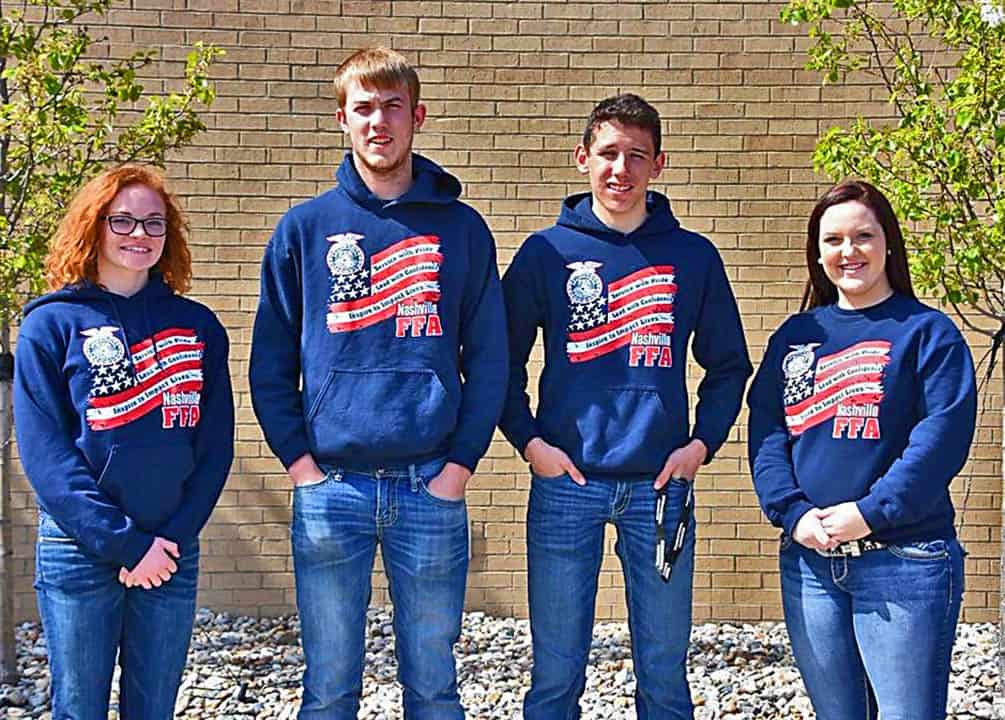 FFA members that competed on the Varsity team were, FROM LEFT, Madison Schuette, Zach Williamson, Hunter Liszewski and Callie McClay. 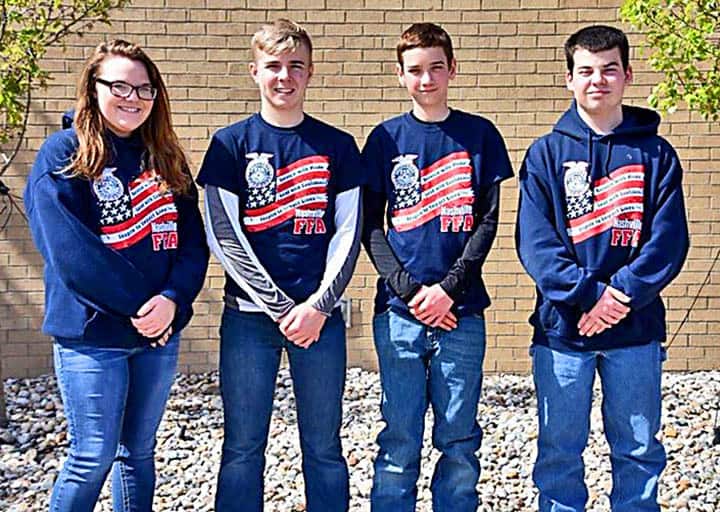 FFA members that competed on the JV team were, FROM LEFT, Cassie Fullerton, Brayden Bauza, Aaron Stanowski and Logan Boester.

The JV team placed 4th at the contest with Logan Boester as the 9th place individual. 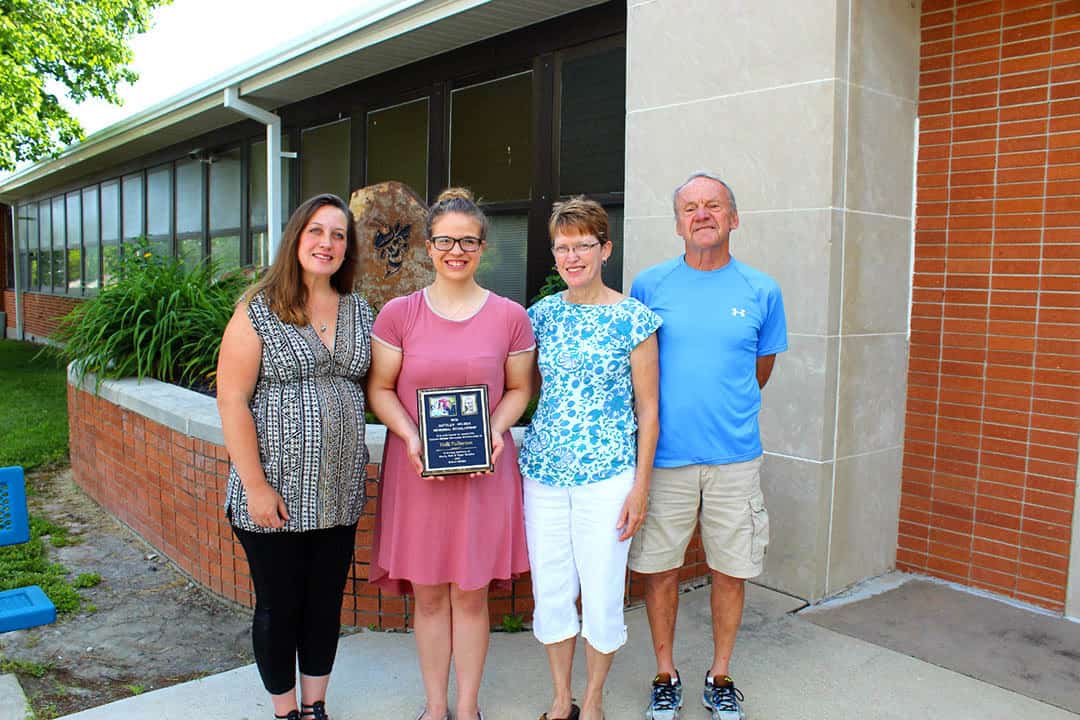 Holli with Roy and Marsha Haake and Jamie Lane.

The Gutzler Wilder Memorial Scholarship is offered in loving memory of Marty, Kim, and Piper Gutzler and Sierra Wilder, cherished family members and dear friends, who passed away on January 2, 2015 in an aviation accident.
Marty graduated from NCHS in 1984 and loved flying, boating, and laughing with his family and friends.
Kim graduated from NCHS in 1986 and enjoyed animals, traveling, painting and family.
Piper loved all sports, especially soccer, basketball and softball and going to the beach with her family.
Sierra was a member of the NCHS class of 2018. She enjoyed drama, dance and hanging out with her family and friends.
Holli Fullerton, a senior at Nashville Community High School, has been awarded the scholarship. Holli is the daughter of Peggy Lamczyk and Glendell Fullerton.
During high school, Holli was member of FFA, yearbook, and band. She was a member of the National Honor Society and the Tri-M honor society. Holli plans to pursue horticulture and photography in college. 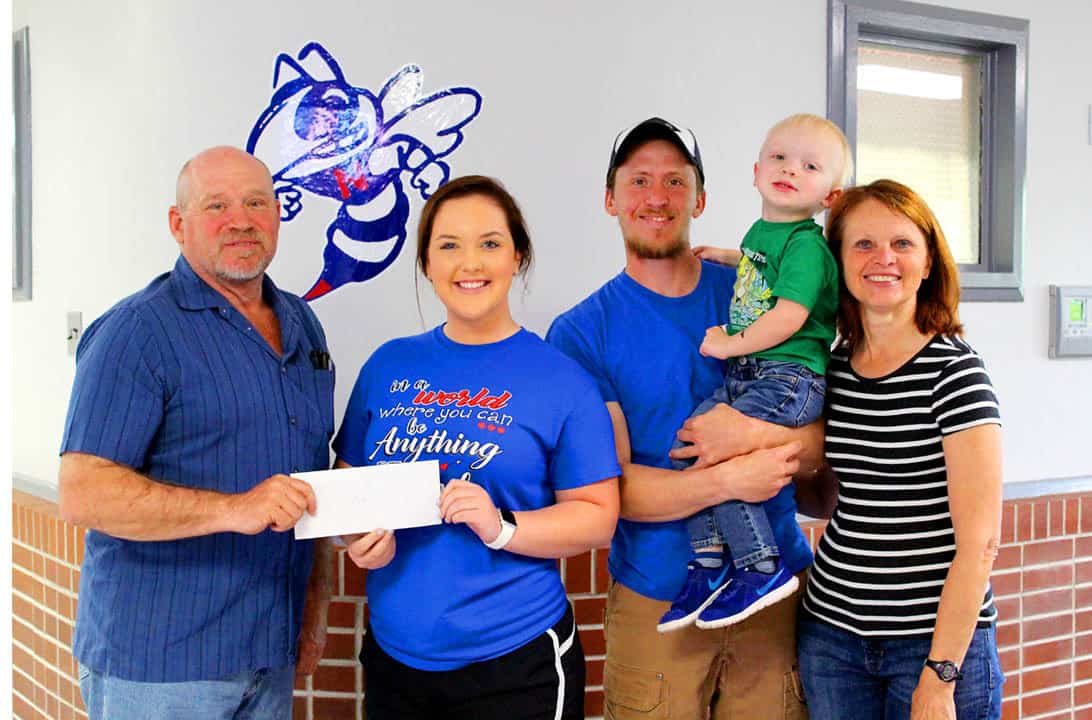 Jason Brink was a member of the Nashville Community High School class of 2004; however he did not get to graduate.
He was killed in a tragic car accident on November 15, 2003, just one semester short of high school graduation.
Jason was an honor student at NCHS and was actively involved in band and drama. He had been accepted into the St. Louis College of Pharmacy but did not get to attend; therefore, his parents have established the Jason Brink Memorial Scholarship in loving memory of their son.
Callie McClay, a senior at Nashville Community High School, has been awarded the Jason Brink Memorial Scholarship.
Callie is the daughter of Steve and Denise McClay. During high school, Callie was a member of National Honor Society and Tri-M Music Honor Society. She participated in FFA, Drama Club, FCA, and Lifesavers. She was named an Illinois State Scholar. Callie plans to study agriculture communications at the University of Illinois Urbana-Champaign. 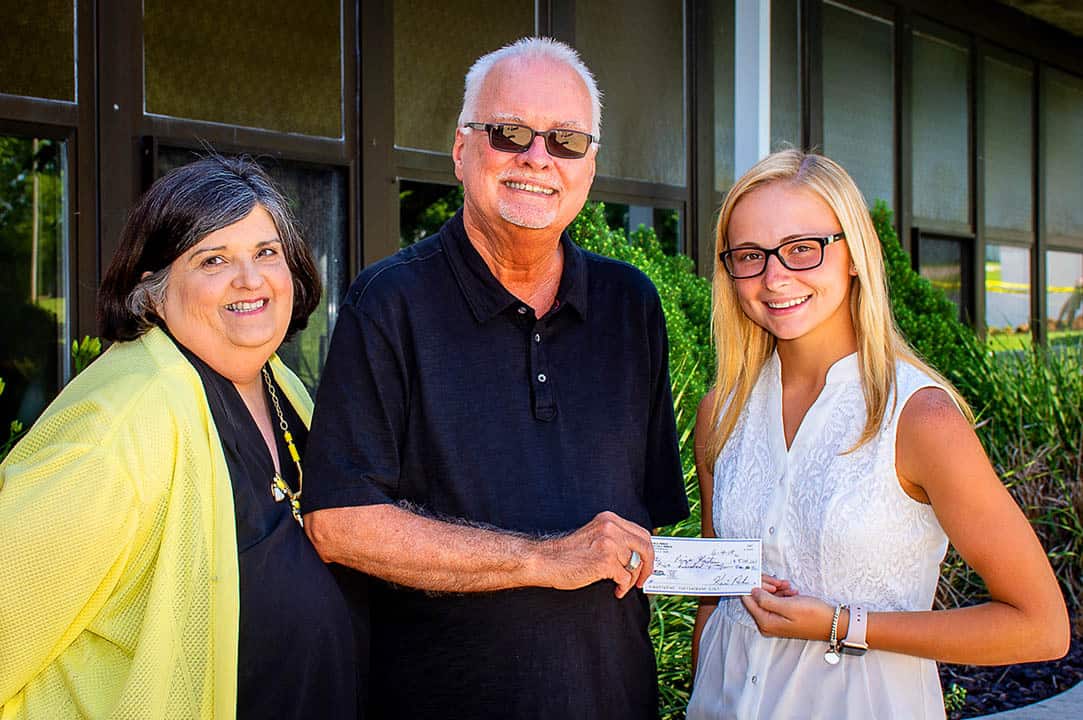 Paige Kasten, daughter of Nathan and Cindy Kasten of Hoyleton, is the recipient of the Rebecca Rench Scholarship.
Paige plans on attending The University of Missouri in the fall and is majoring in strategic communications and marketing.
Paige plans on getting her Masters degree and eventually returning to teach in a small community in the communication field.
Posted in Agriculture, Front Page, Milestones, News, School