The Nashville Fireworks, happening just after sunset over Memorial Park on Wednesday, July 4, are put on by lots of hard work by Steve Haertling and a group of volunteers who also happen to be Nashville Volunteer Firefighters. 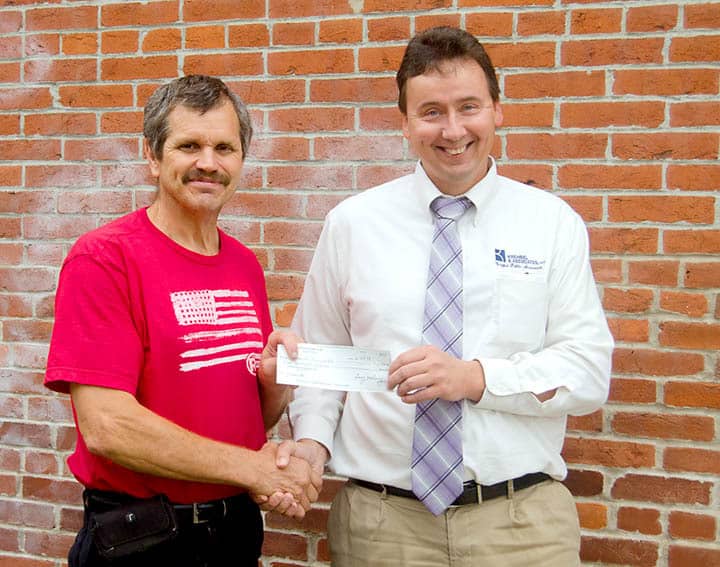 They couldn’t do it without the generosity of the community, like the Lions Club, represented by Gary Malawy, who donated $1,000 towards the show.
Other donors for this year’s event (and we’re sure there are many who have not been mentioned, but their generosity still makes the show go on!) include the Nashville Moose Lodge, whose donation was pictured in our June 13 edition, and the City of Nashville, who made a donation at their April 5 meeting.
That’s not all though – along with all of the municipal and club donations – the fireworks, which Haertling estimates cost about $14,000 this year, are supported by numerous other donations, many from families and individuals.
There will be volunteers collecting donations at the park before the show this year, and donations can also be brought to Haertling at Radio Shack if desired.
Prior to the fireworks, there will also be live music at the park from County Road Cruizers, beginning at 7 p.m.
Posted in Milestones